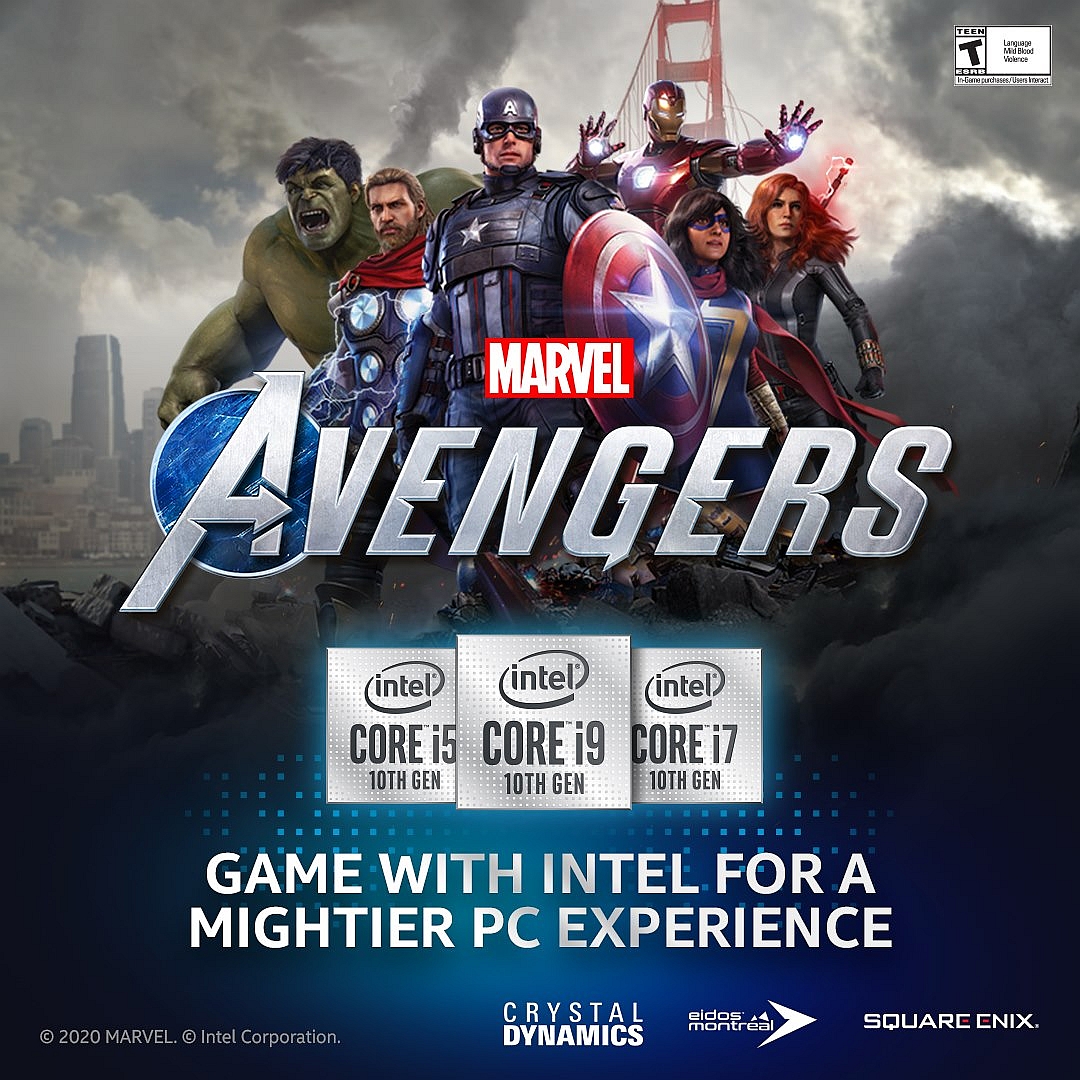 Marvel's Avengers launches today for those who have purchased a Deluxe Edition, which grants access to the game three days in advance of the regular launch date (September 4th).

Ahead of the release, we learned that Marvel's Avengers will be the first triple-A game featuring optimizations specifically geared towards Intel hardware. The enhancements are focused on three specific areas, as detailed below.

Feel the Full Strength of Your Heroes

Super Charged Heroics
When you execute each Hero’s signature move in Marvel’s Avengers, you'll know it! Each of the heroes ultimate abilities have supercharged to create fantastic displays of power. The force and shockwave of each special move will create more detailed rubble and debris that stays on screen longer, so you feel and look as powerful as a Super Hero should!

Reactive Water Simulation
Even the water looks better on a high-end Intel powered processor. With the optimal balance of cores, threads and frequency, any interaction with water becomes a richer, more responsive experience. Water splashes and reacts as it naturally would in the real world.

According to Intel, this won't be the end of the partnership on Marvel's Avengers, which is scheduled to go on for at least two years. Maybe we'll see even more PC specific optimizations, then.

Additionally, those who are looking to purchase a qualifying Intel 9th/10th generation i5, i7, or i9 CPU during the upcoming Intel Gamer Days 2020 will receive the game for free. Lastly, if you want to go all out on Intel and Marvel's Avengers, there's even a Collector’s Edition Packaging featuring art from Tristan Eaton, available for select 10th Gen Intel Core processors at select retailers for a limited time.