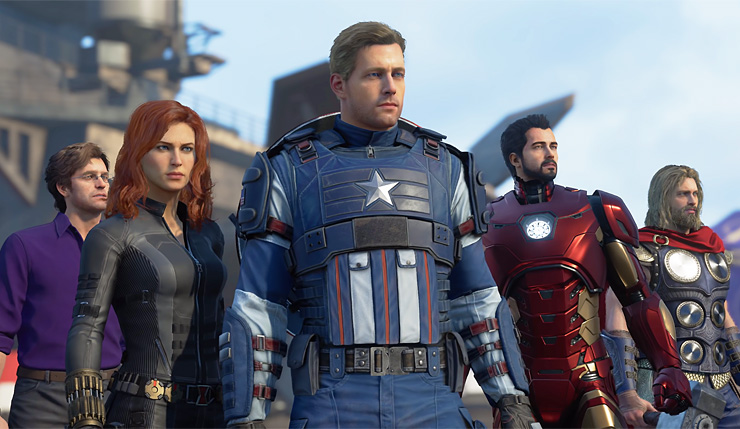 At E3 2019 select media (including Wccftech) got to check out a short gameplay demo for Marvel’s Avengers behind closed doors, and the reaction was somewhat mixed. The game’s production values and action seem solid, but journalists fairly criticized the off-brand look and voices of its heroes and somewhat confusing approach to multiplayer. Well, now you can judge the footage for yourself! Some shaky cellphone footage was leaked back at San Diego Comic-Con, but now Square Enix has released official 4K footage of the demo. Check it out, below.

Interestingly, it seems like the Avengers have been given a bit of an upgrade, with character models looking a bit better than at E3. They still don’t much resemble their movie counterparts, but they’re a bit more natural-looking now. Need to know more? Wccftech’s own Alessio Palumbo interviewed the creative director of Marvel’s Avengers at E3, who delved a bit into the game’s action and use of Quick Time Events…

They’re much more prevalent [in the E3 demo] than they are anywhere else in the game. This is an opening sequence. And we actually use in some cases what looks like a quick time event to train the player. So in the case where we see Thor smash down in the opening of the level, we’re really introducing you to those heavy attack buttons, and then onboarding you with that. And generally, there are a few exotic moments where you may have to express the effort of the hero or something like that. But it isn’t a core part of our gameplay, and it’s one that we don’t want to overuse.

Marvel’s Avengers heroically hits PC, Xbox One, PS4, and Google Stadia on May 15, 2020. So, what do you think? Now that you’ve seen the E3 demo footage, are you ready to assemble?