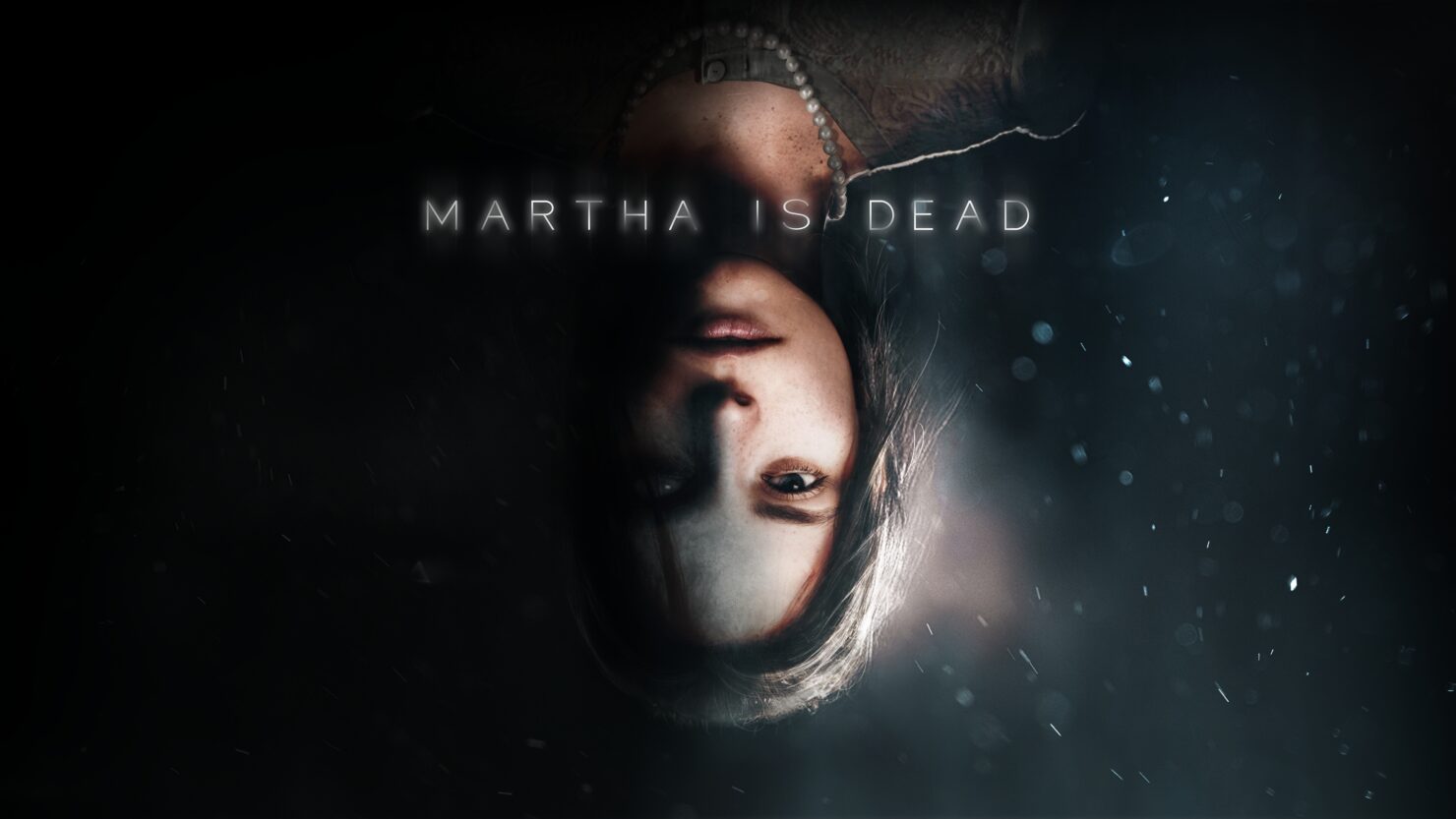 Martha is Dead. You see her, first through your viewfinder and then in person, when you rush to her aid. She died in a lake, a body of water said to harbor a malevolent spirit that kills women. But this entity isn’t the only suspect. There’s also the war. Martha died in 1944, in Italy, where the allies were making a slow and bloody march through the country. There are thousands of civilian casualties in war, but your father is a high-ranking Axis officer, so maybe this wasn’t just some accident. And then there’s you. You envied your sister. She had your mother’s love, something you haven’t felt since the accident. And since she died, you’ve been pretending to be her.

Martha is Dead is a psychological, supernatural horror coming out early in 2022. You play as Martha’s sister, living as an imposter in her own home, battling her conscience as the Lady of the Lake and the suffocating spectre of war goes ever closer. There is a lot going on, but the game handles everything in a remarkably exciting, subversive, and measured way. Or at least it does in the two or so hours we’ve played yet. 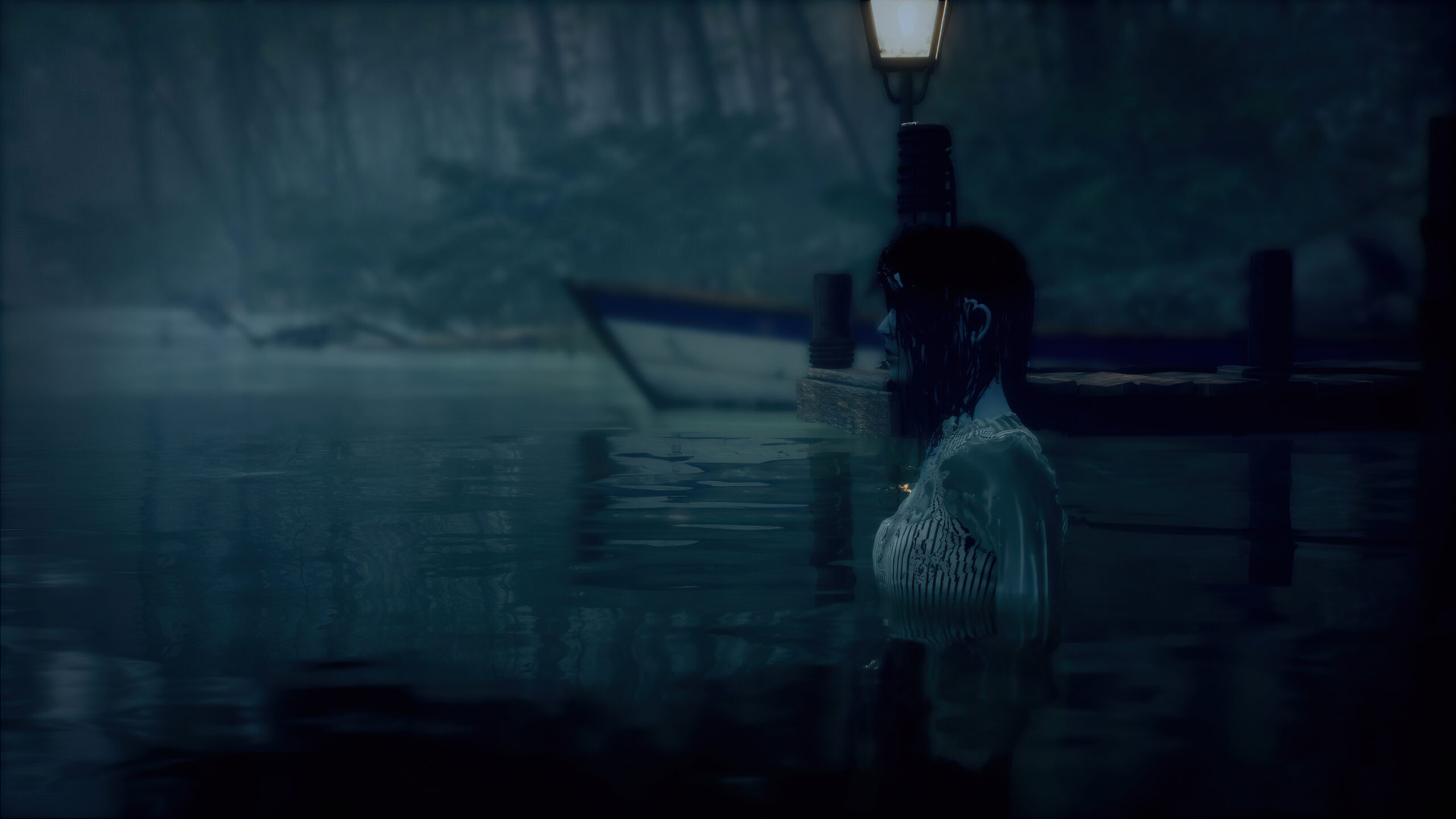 One thing that is so impressive about Martha is Dead is that it walks across different genres almost effortlessly. It is grim and gothic one moment, bloody and uncomfortable the next. Sometimes you’ll be wandering a fog-drenched forest, reasonably sure something is stalking you between the trees. The next, you’ll be participating in the unnervingly bloody facial surgery nightmare: slicing, tearing, and pulling off the flesh. It keeps you engaged and surprised as each twist uncovers something you might not have been expecting. Obviously, it can’t keep this up the whole time, and there are large portions of the demo we played that don’t have shredded tendons or sinister ghosts. It’s almost like Gone Home but more explicit. The horror is drawn out quietly, slowly. You get the sense something is creeping up behind you, something hiding behind the mirror or obscured in focus on the camera. Sometimes it shows you. Other times, it creeps back into the shadows.

But the way it tackles these two genres also adds to the tense terror of Martha is Dead. On a perfectly sunny morning early on in the game, it tells you how to run. Normally a walking sim would let you know this innocuous feature when you’re expected to clear a reasonable distance without much interaction. On the other hand, a horror game might tell you how to run right before something smashes through the door behind you and forces you reeling down the corridor. This moment, on that beautiful summer morning, feels like the former, like you’ve not a care in the world despite the recently dead sister and all, but there is something sinister about this tutorial. Maybe you won’t notice consciously, but that worried little voice in the back of your mind can’t help but notice that this prompt appears on your screen exactly as you step into the only shadowed part of the hallway as if something was lurking and ready to pounce if you don’t move fast enough.

Martha is Dead feels like the game is toying with you, and it’s a feeling that more games should try and instill. This is a game that feels capable of delivering a fantastic horror experience with a compelling and emotional narrative woven so that neither takes the back seat. There are a few sections that aren’t as strong as others. The very beginning of the game rushes through the mythology and sisters discovery where a more gentle approach might have felt nicer but making sure the players couldn’t miss these details is worth the rapid acceleration. 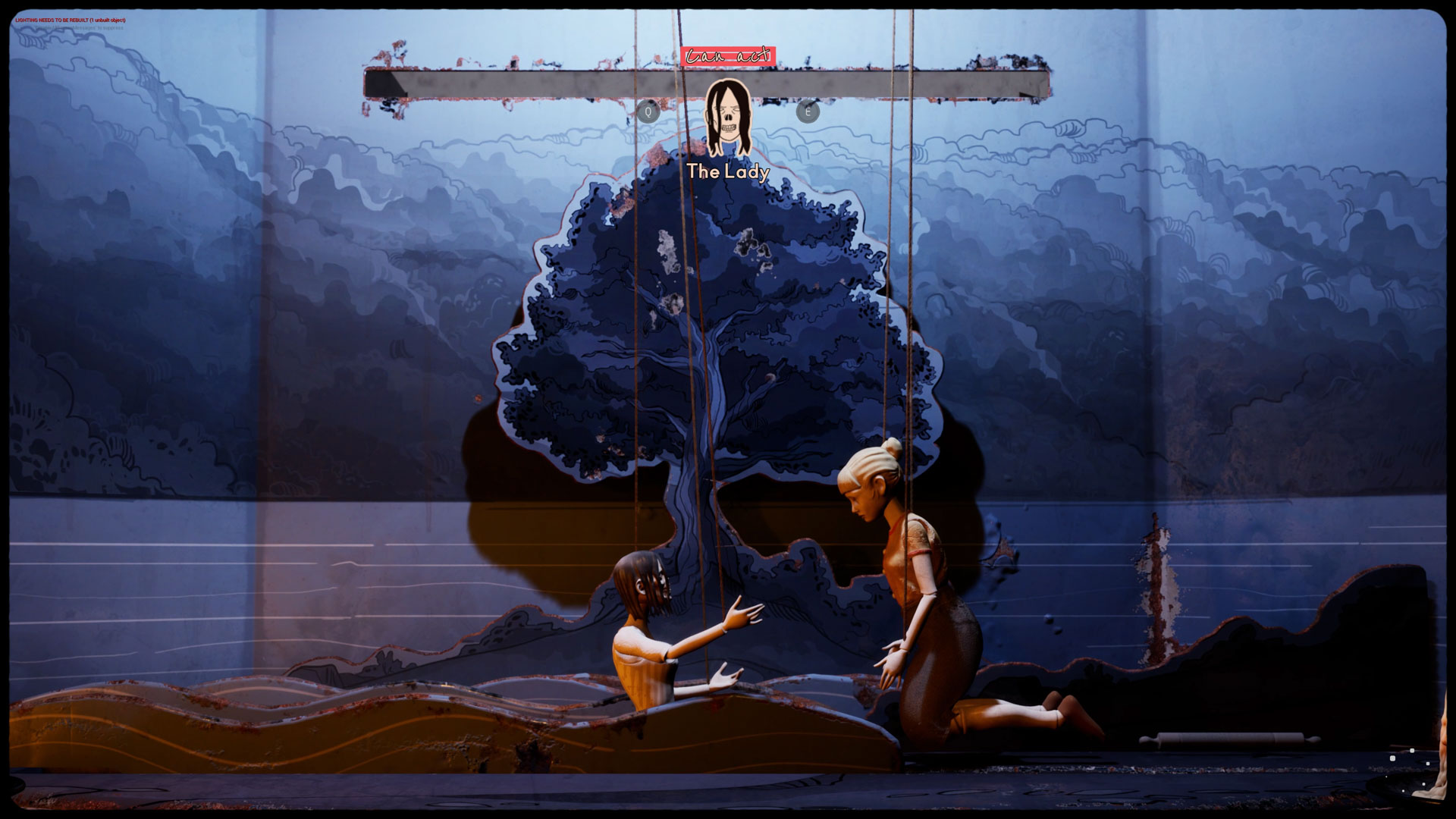 One area that still fails to engage is that of the running nightmares. The nightmares themselves are fantastic works of surrealism, terror, and guilt. They make you shiver with their obscurity and strangeness, which is also where the body horror and gore was mostly found in the demo. But the interactive sections where you have to run through claustrophobic but bewildering corridors are far less appealing. In the demo, we had to choose the route that spells out some phrase of self-loathing or supernatural threat; other times, we had to awkwardly dive and duck under fallen trees, and neither made the hairs on the back of our necks stand up. With the stellar sound design and crisp visuals that deserve much more attention than this preview can afford to give them, these sections just don’t hit home like the other scary moments.

Although saying that, one of the biggest disappointments we met in the demo was one of the central characters and antagonists in Martha is Dead. The game looks so good. The trees have grooves carved by generations of growth, and the bobbled white walls of the villa feel cool and sheltering from the blazing Italian sun. Even the smothering blanket of the mist gives a temperature and a sense of place. But the Lady of the Lake, or at least the first time you encounter this ghostly visage, is less gripping. As she darts and dances between the trees surrounding the lake, she looks just a little too solid, too angular, too bright to be a true horror. Like many horror games, the monster isn’t nearly as scary as the things you imagine watching you just out of sight.

But her jump scares still send shivers down your spine as she stalks you, and nearly everything else about this game is so engaging. Martha is Dead is set to give you everything you want from a good horror, with so much more packed in there to explore and unravel. The photography is still outstanding, with a lot of potential use in the full game as a storytelling device and a chance to be truly unsettling. It’s another example of the developers’ care into making Martha is Dead feel interesting and grounded. And you should be terrified and excited to play it when it comes out next month. The game will be available on PC (Steam), PlayStation 4 and 5, Xbox One, and Xbox Series S|X.