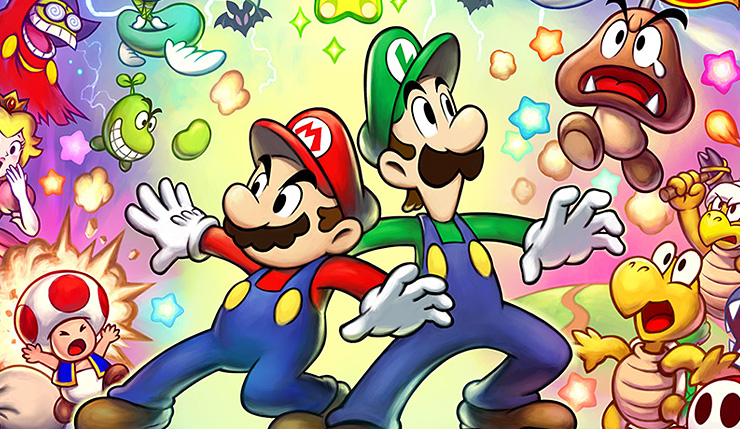 If you’ve been holding out hope for an all-new entry in the ultra-charming Mario & Luigi series, you may want to brace yourself for some bad news – the series’ developer AlphaDream has gone bankrupt.  According to a report from Yahoo Japan, bankruptcy proceedings were forced on AlphaDream by the Tokyo District Court as the studio has racked up ¥400 million (around $3.7 million) in debt. That may not sound like that much, but AlphaDream was a relatively small studio with less than 50 employees.

AlphaDream was founded back in 2000 by a number of former Square Enix employees who worked on that company’s classic 16 and 32-bit titles. The team remained tight-knit, stubbornly using old-school hand-drawn art for all their games – even the later 3DS Mario & Luigi games still used super-detailed sprites to create a 3D effect rather than polygonal models. In addition to the Mario & Luigi series, AlphaDream also made a series of adorable Hamtaro games based on the popular anime.

Unfortunately, AlphaDream seemed to lose some of their passion and direction in recent years. After a somewhat uninspired crossover with the Paper Mario series, they produced remakes of the original Mario & Luigi: Superstar Saga and Bowser’s Inside Story for the 3DS, which can’t have sold particularly well given the platform has been on life support for years now. If I had to guess, I’d say the team was having trouble adapting to the Switch and HD game development. AlphaDream flourished on Nintendo’s dedicated handhelds, but as those have gone by the wayside, it seems they couldn’t hold on.

As we pour one out for the good folks at AlphaDream, what were your favorite Mario & Luigi games? I think the original Superstar Saga is probably still the best, although 2013’s Dream Team, which sees players exploring Luigi’s slightly-creepy dream world, is also underrated.