Just today, 9to5Mac has posted a detailed overview of what they called the ‘companion’ app which will help users manage and control settings on the Apple Watch from their iPhones. It is quite similar to the Health app on iOS 8 too. The leak with screenshots covers everything what the app will propose from customizing notifications and a guide to arrange apps on Apple Watch home screen. 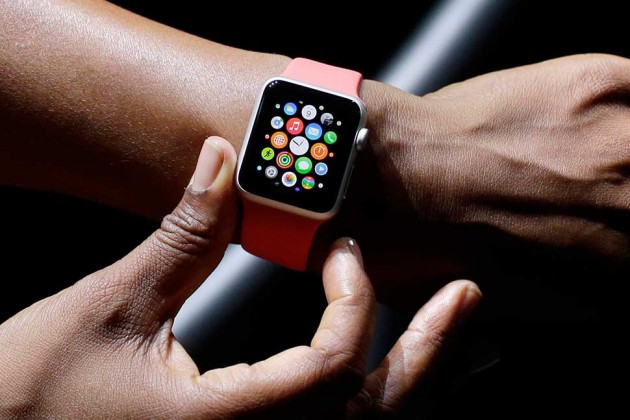 This app will play a vital role in regulating your Apple Watch from your iPhone. The app will have control over electing the contacts that display on the ‘Friends’ screen in the Watch, this will allow you to message quicker and have granulated control over the fitness feature in the device. Reminders will be received to stand up if the user has been sitting for an ample time, more than necessary and select if they want these updates to remind the them of their fitness progress. A weekly summary will also be exhibited to the user to stay in the desired shape. 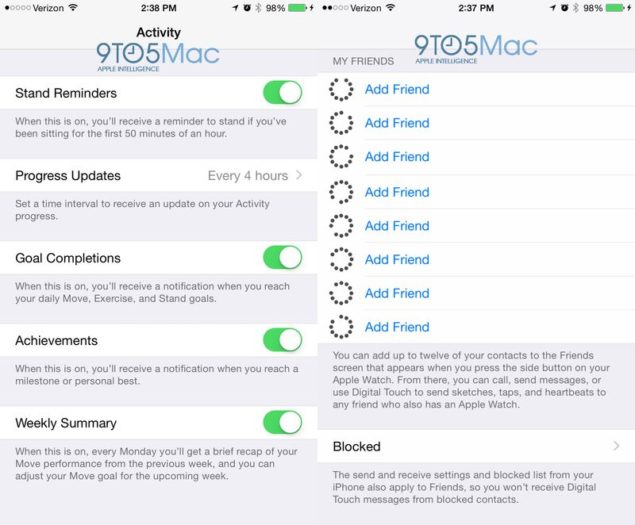 The fact that the Apple Watch doesn't feature a virtual keyboard means that you can choose your desired settings to either respond via voice dictation, audio recording or set templates as your preference for the incoming texts. However, a default way cannot be saved and you will have to choose every time you have to respond. The preference to messages will reflect of that of your iPhone and can also be set to precisely customize for your Apple Watch. For instance, you can customize your Watch to display text messages from your contacts alone rather than every incoming text message. 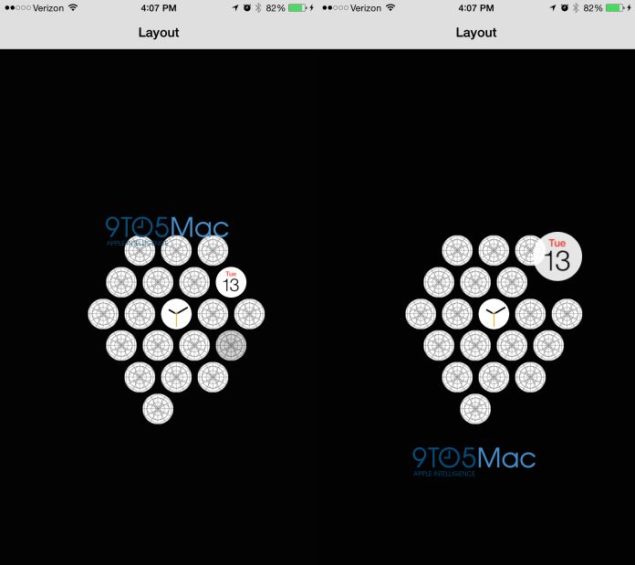 In addition, the screenshots approve that Apple Watch will have its own usable storage for music, pictures and built in apps. The accessibility preferences are also provided by Apple and just like the iPhone and iPad, the Watch will contain a four-digit password lock. You can also unlock your Apple Watch, when your iPhone is near it. It is expected that the Apple Watch will be launched the alongside the iOS 8.2 update in early 2015. Lets hope that turns out to be true. Stay tuned.