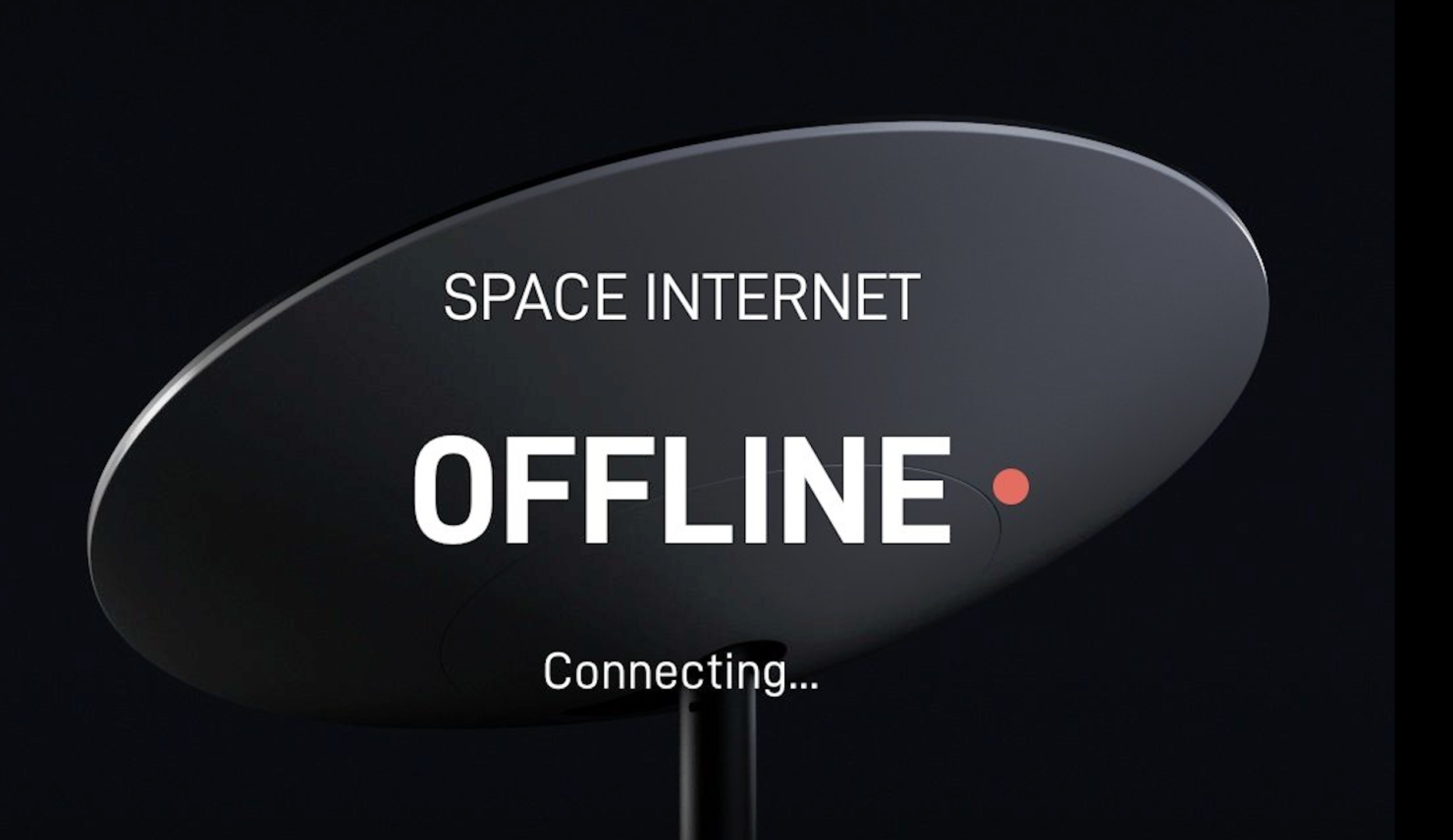 Space Exploration Technologies Corp.'s Starlink satellite internet constellation is facing outages in several areas of the United States and globally. Reports of the service being down are being shared on the social media platform and have been picked up by reporters on Twitter, with other users on the platform also confirming difficulties in accessing the service. The apparent outages come soon after SpaceX's chief, Mr. Elon Musk, shared that his service had shipped 100,000 consumer terminals even as it's in its testing stages and awaits a full rollout. However, the outages are not ubiquitous, with some users reporting smooth service and others who faced an outage earlier now reporting that their service is working normally.

The outage appears to have started twelve hours back and intensified as the Sun rose today. The first report of the outrage that we've managed to come across so far took place at 04:29 EDT today, according to Reddit user godch01. According to him, this disruption lasted for eight minutes, after which his service started to work normally.

However, the bulk of the reports surfaced on Reddit roughly 90 minutes back, with at least fifty users reporting that their service went down. These users are not located only in the United States but also in Canada, the United Kingdom and Germany. However, since the bulk of Starlink's beta testers and users are in the U.S., the American outages form the bulk of the overall reports.

Luckily for some users in the U.S. and Canada, they could use Starlink again after outages that lasted between eight to 20 minutes. However, others also reported that their service continued to fluctuate between becoming available and unavailable several times.

A Reddit user reporting an outage that took place three days ago and was accompanied by an unexpected user terminal software upgrade. Image: ID_John/Reddit

Service Outages Normal For Beta Internet Service Such As Starlink

Crucially, the aftermath of an outage that took place three days ago might shed some light on the possible reasons behind the current one. According to Reddit user ID_John, after his service went down, Starlink's user terminal, also referred to as Dishy, performed an unexpected software update in the middle of the day, after which service resumed, and Starlink was functioning normally.

Looking at this, SpaceX may be overhauling its system to incorporate the feedback it receives from the beta testers. However, none of the Reddit users who have reported service resumption have reported a corresponding software upgrade, so this remains a hypothesis.

The outage also hit CBS Iowa's reporter Nick Stewart, who shared screenshots from his Starlink application on Twitter. They suggest that the service problems started at 04:47 local time, and later on Nick reported that his service resumed after forty minutes of total outage during which it briefly started to work once before going down again.
According to reports from Reddit, other American states affected by the outage include Wisconsin, Minnesota, Colorado, Idaho, Montana, Kentucky, Ohio, Illinois, Michigan, Vermont, Maine, Pennsylvania, North Carolina, Arkansas, New York, Washington and Nebraska.

Internationally, users in Canada, Austria, France, Germany, Australia and Ireland have also reported service disruptions. However, it looks as if more of these users have had their service resumed as well.

SpaceX is also aware of the problems, as the company replied to a support ticket submitted by a Canadian user by admitting that it is aware of network issues and is working to resolve them.

Whether the outage is planned or unplanned is uncertain, but since Starlink is still in its beta stages, such issues are normal and should be expected. SpaceX is operating the world's largest satellite constellation. Given the time it takes for newly launched satellites to become operational, the company is often constrained to bring more satellites online as quickly as it and its beta testers early-stage users would prefer.