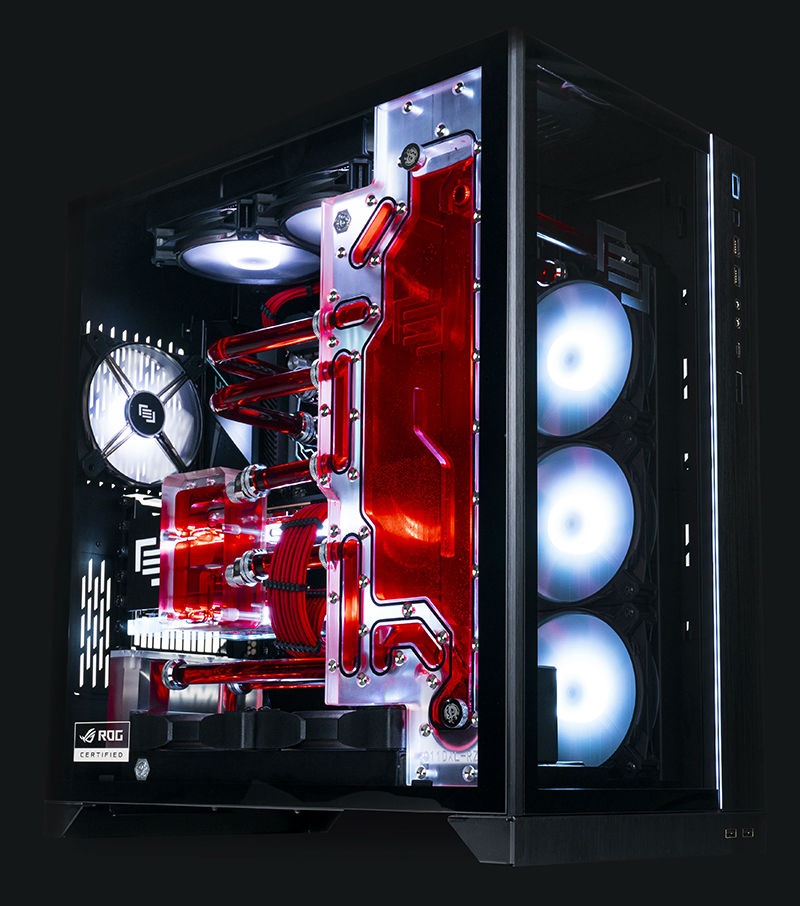 MainGear has announced the Rush Gaming Desktop Series, and this desktop is perfect for gaming or as a workstation. The Rush Desktop Gaming series offers some fantastic performance alongside being aesthetically pleasing, being able to configure with AMD's high-end processors or Intel's high-end processors. The Rush Gaming Desktop series features a red distilled deionized non-conductive liquid if the open cooling loop option is picked in the configuration. This desktop series's pricing starts at $1,899.

MainGear's Rush Gaming Desktop series has been announced, this series offers fantastic performance as well as being aesthetically pleasing.

For graphics, the Rush gaming series also offers some options either being up to two GeForce Titan RTX graphics card or up to two Radeon VII graphics card. These powerful cards allow these desktops to offer fantastic performance in both games and heavy workloads.

This desktop series is always designed to be water-cooled, either though a closed AIO closed liquid-cooling loop and the SUPERSTOCK Open Loop. The SUPERSTOCK Open Loop features a total of 920 mm total Copper Core Radiators, High Airflow fans, and the liquid inside these loops is a Distilled deionized non-conductive liquid.

This desktop series provides a premium design with a tempered glass side panel as well as a tempered glass front panel. These panels allow users to show off the cooling loop or the components installed inside this desktop. Another fantastic feature is the ease of upgrading this desktop, featuring screw-free, push-to-unlock panels and easy access to hot-swappable drive bays.