I really love the community that surrounds Star Citizen. It seems that not only do they financially contribute to the project, but also contribute in other more subtle, yet influential, ways. There certainly has been a whole host of individuals who have even gone as far as to make a very well done radio station to enjoy while flying around. 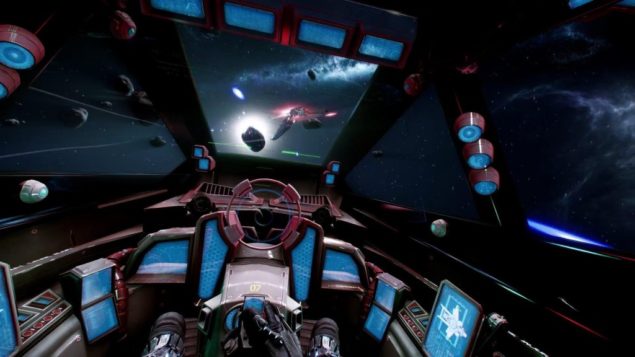 Roberts Space Industries is featuring some of the fan made Star Citizen inspired music that’s been made to compliment the game.

On the Star Citizen fan spotlight portion of their website they have three delightful pieces of music that very well could add a bit of immersion to an already stellar beta test. Proper music is always a plus when dealing with games. As I’ve said in another article, music can sometimes make or break a game. In this case we’ve already seen quite a few entries into the mix that have tried to fill the void. With great success, mind you. I think this has brought out some hidden talent around the world.

The first piece featured is Warp by a group calling themselves the Vacuum Musicians. It’s a small ambient/soundtrack crossover that has a very airy feel to it. It flows well and features a decidedly eastern sound to it, with strings a piano and electronic instruments to round it off.

“...this organization is currently working on a fan album and this is one of their first tracks. If you’re a musician and would like to make SC music, I’d definitely check them out!”

In fact, this isn't the first spotlight that they've done on the community made musical spectacles either. In an earlier episode of the fan spotlight they've shown the light on some other very talented musicians. But more than that, the fan spotlight is a way to thank fans for their dedication and to recognize that a game isn't only something that one company makes. It's a community that is perhaps started with one company, but takes a whole community to truly evolve into something great.

Indeed, think about the contributions that actually make the game better, whether its because of a different art direction, the addition of models and elements that weren't on the original schedule or whatever it may be. Also, in regards to music, I'd imagine that the stellar sounds aren't as fascinating when you realize that you can't hear anything outside that cockpit anyway. Regular fan spotlights are featured on their webpage.

Does anyone have a particular game soundtrack that they enjoy? Let us know in the comments!