Mafia II, Making you an offer(s) you can not refuse

2K Games is excited to announce a partnership in Australia and New Zealand with EB Games, GAME and JB Hi Fi so that they can provide a huge line of DLC's to people who pre order the game on the Sony PlayStation 3, Microsoft XBOX 360 and the PC. If you pre order the game or the Collectors Edition of the game you can expect a HUGE deal of goodies such as Free Downloadable Content and some very nostalgic posters from the days of the don.

- Vegas Pack (EB Games - Australia and New Zealand): Get a taste of old school Vegas in this new DLC pack from Mafia II. Bring a taste of Vegas to Empire Bay as you cruise through the town in two new cars with smooth handling and timeless lines. Vito shows his Vegas style in two new suits inspired by movies and music of the time.

- Renegade Pack (GAME and Mighty Ape New Zealand): Show off your inner renegade in this new DLC pack. Start with two new cars, one with the slick styling and tight handling of a small sports coupe and the other with the revved up engine of a ‘50s hot rod. Outfit Vito in two new suits, including leather and lettermen’s jackets to fit his renegade persona.

- Greaser Pack (JB Hi Fi - Australia and New Zealand): Free access to the in-game downloadable content pack that is all about speed. These two new hot-rod speedsters will win you pink slips every time. Pair them with two new outfits for Vito -- a leather jacket with heavy boots, and a leather racing suit -- and get your engines revving.

- Mafia II Pin Up Posters: Pre-order Mafia II at EB Games and receive four A2 Limited Edition Pin Up Posters. Gamers will also have the opportunity to vote for which four of the twelve posters will get included in the pack. Head to http://mafia2.ebgames.com.au/ or http://www.ebgames.co.nz/events/mafia2/ next week to select the four favourite calender girls you want to take home with your copy of Mafia II. Images of the twelve posters are as below. (The pin ups alone make me want to order the Collectors Edition) 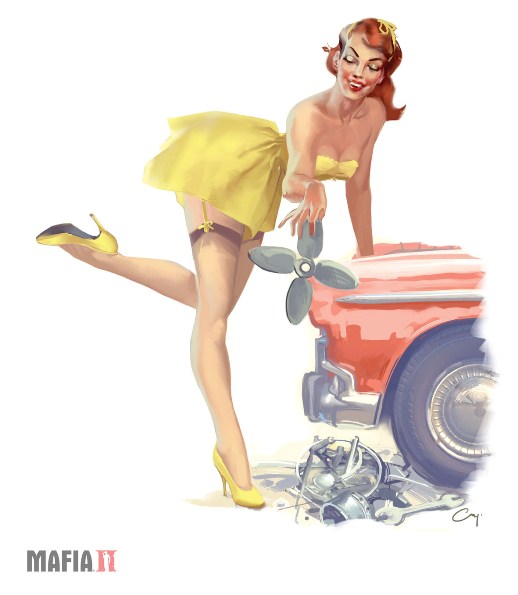 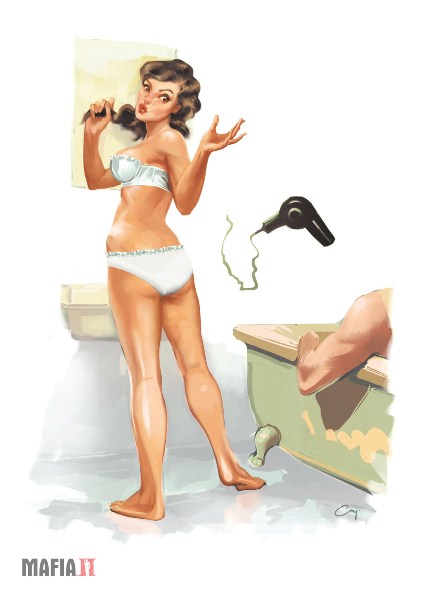 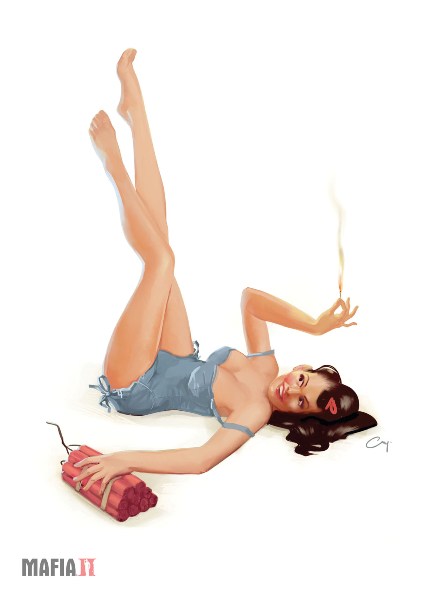 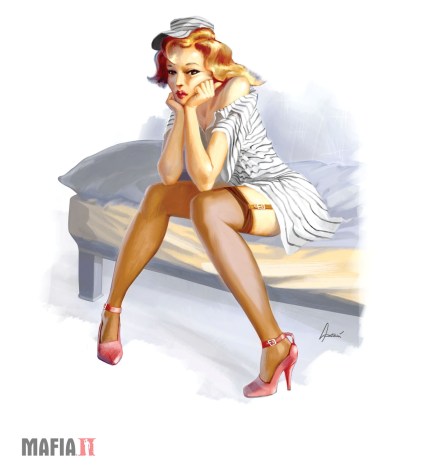 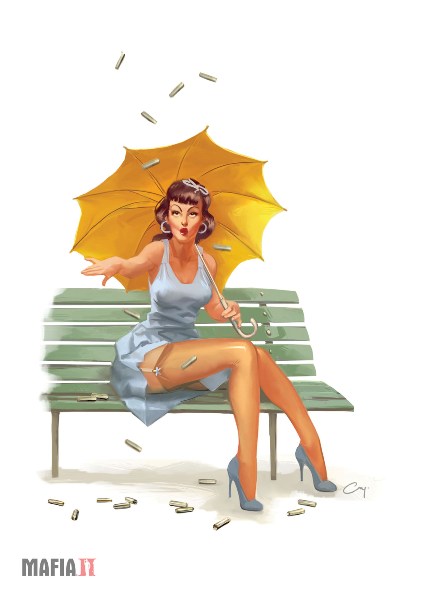 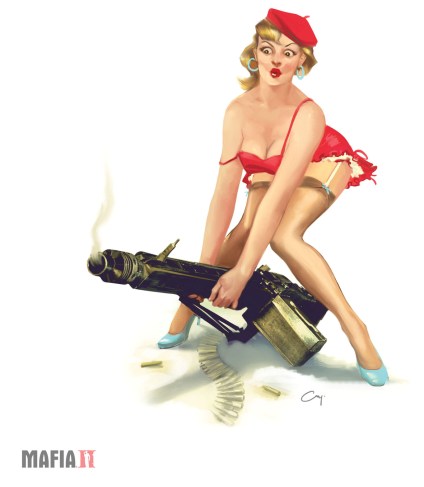 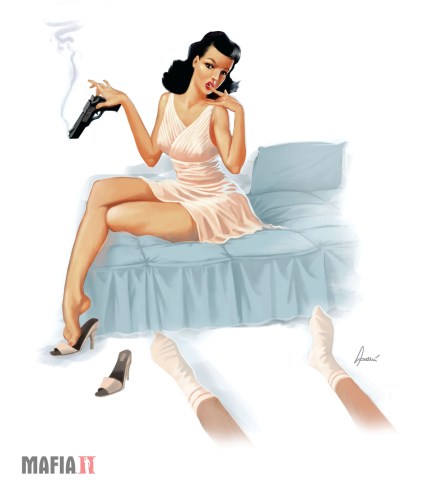 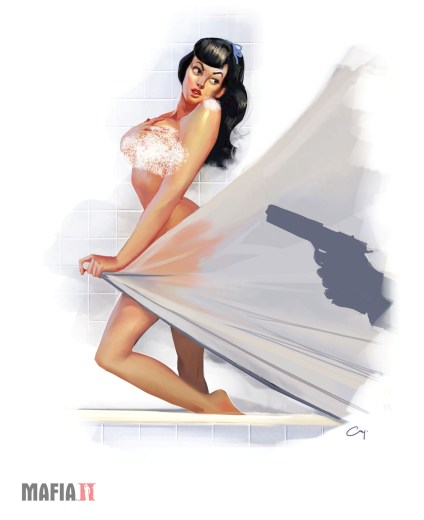 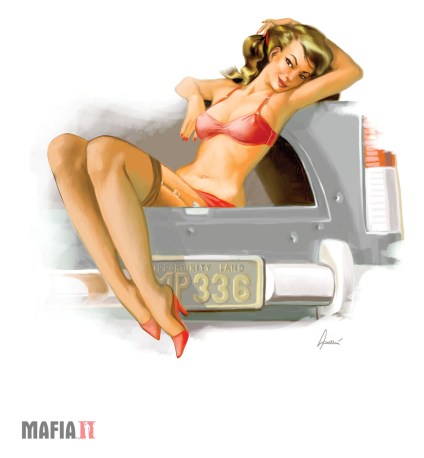 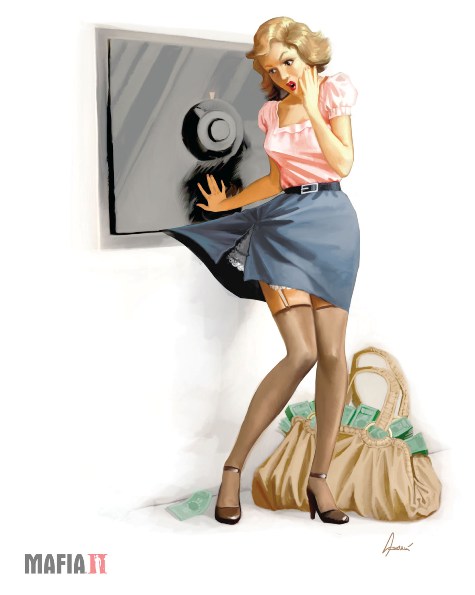 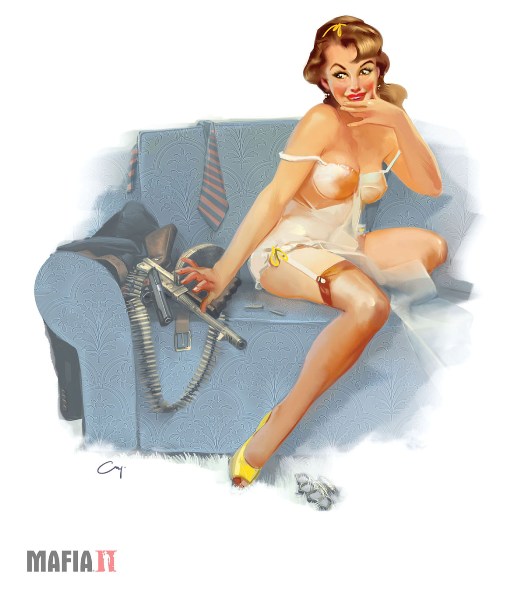 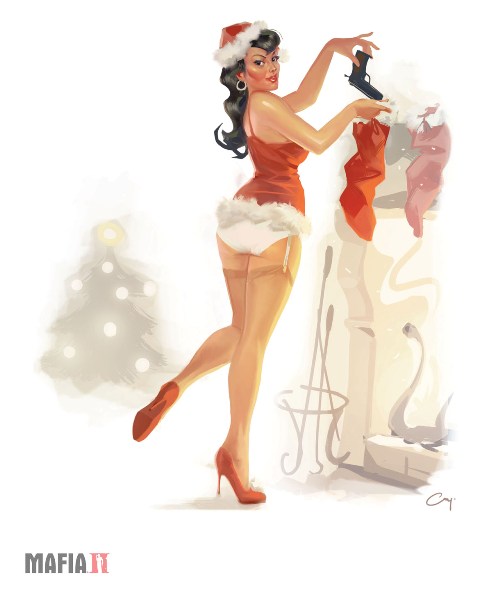 With such a large variety of DLC's, bundled with such "artistic" pin ups how can one NOT buy the Collectors Edition? I must say 2K games has done a marvelous job in giving us the incentive to buying the game.