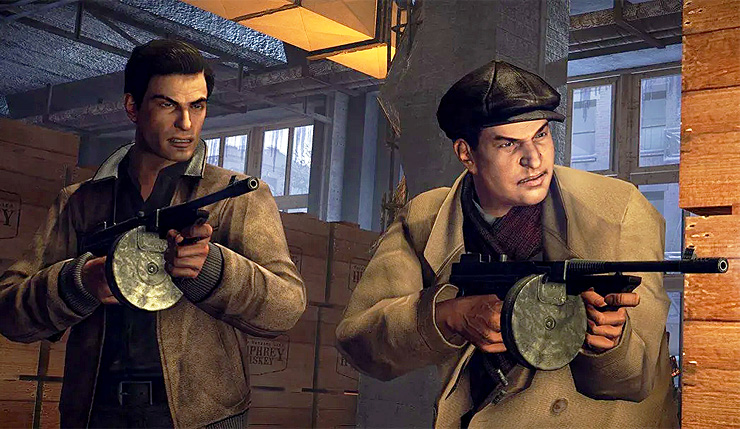 Earlier this week 2K Games fully unveiled Mafia: Trilogy and surprise-released “Definitive Editions” of both Mafia II and Mafia III. Exciting, right? Well, maybe not so much. Mafia III: Definitive Edition is basically just a GOTY edition, so it’s fine, but Mafia II: Definitive Edition is a remaster of the Xbox 360/PS3 game, and apparently it's kind of a disaster. The game is glitchy and underwhelming on all platforms, but is roughest on consoles (particularly the PS4 it seems) exhibiting ridiculous glitches, blatant pop-in, and slideshow-like performance. You can check out a few "highlights" captured by various YouTubers below -- here we see the player repeatedly falling through the environment into a never-ending void…

Here a player is assaulted by blinding lights from the sky during a night drive (didn’t remember any aliens in the original game), which causes the game to slow down to about 5 frames per second.

Here we see environmental details popping in literally two steps in front of the player.

Well...the game looks like a definitive something alright. Trust me, there are a lot of these kind of videos out there. 2K Games has yet to release any statement responding to Mafia II: Definitive Edition’s issues.

Now, before you get too worried about the full remake of the original Mafia included in Mafia: Trilogy, we’re hopefully still okay – that’s being developed by Hangar 13, while Mafia II: DE was mostly handled by D3t Ltd, who has worked in a support capacity on games like The Room and Shenmue III. This was their first major remastering project, and needless to say, it seems like they dropped the ball.