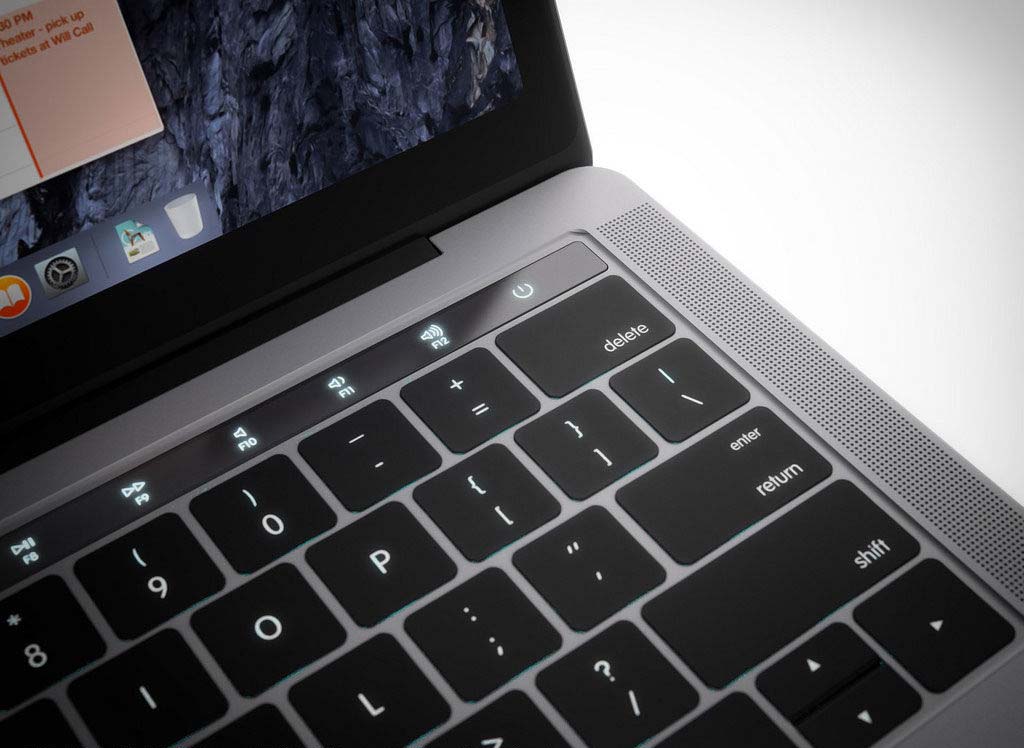 Apple's 'Hello Again' event is just two days away in which the company will unveil its upcoming upgraded MacBook Pro models. Ahead of the event, yesterday's release of macOS 10.12.1 indicates the inclusion of an OLED touch bar on the upcoming MacBook Pro keyboard. Let's dive in to see some more details on it.

Within System Preferences resources, the updated assets in the recently released macOS 10.12.1 showcase a virtual keyboard layout that does not feature the top row. With that said, it is highly anticipated that the upcoming MacBook Pro models will have an OLED touch bar above the keyboard, probably in place of the function keys. Henceforth, it makes perfect sense for a virtual keyboard to follow the same format.

Old assets in the macOS firmware represented the top row, which is now missing in the new assets within System Preferences. However, at this point in time, we only know that Apple is planning to incorporate a touch OLED panel above the display. We have no clue how the company will implement it and for what purposes would it be used. It is said that the top OLED panel will include contextual sensitive buttons which will correspond to the type of app running in the forefront.

Having an OLED touch bar above the display is not the first rumor that we're hearing. We have witnessed several leaks that represent the same notion. Apart from the OLED touch bar, previous discoveries in macOS also hint at a new Touch ID input. Having Touch ID on a MacBook would allow it to make purchases through Apple Pay and on the web as well. Moreover, you won't need your iPhone for authentication purposes.

Talking about the design, the new MacBook Pro will be thinner than what we use today and will have a comparatively smaller footprint. Moreover, a larger trackpad, like the one on the 12-inch MacBook is also expected to be part of the upgrade. In terms of internals, the new MacBook Pro is said to feature latest Skylake processors from Intel and possibly a new AMD graphic card.

The event is to take place on the 27th of October, which is just two days from now. If you're excited about the event, be sure read our extensive coverage of the event.

This is it for now, folks. What are your thoughts on the OLED touch bar on the new MacBook Pro models to come? Let us know in the comments.