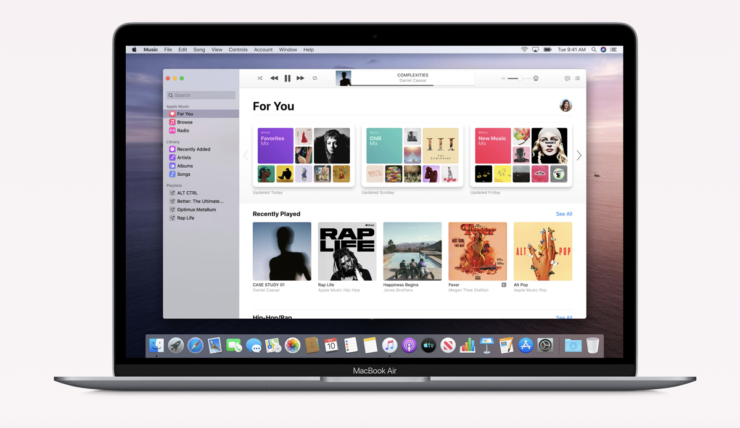 Apple seeded macOS 10.15.5 update to all users earlier this week that housed the new Battery Health Management tool for MacBooks that aids to extend the battery lifespan. Apart from this, the build also carried several bug fixes and performance enhancements which would improve the user experience of users. However, that's not likely the case because it looks like the latest release brought forward a bug which is preventing users from creating a bootable backup of macOS Catalina using the app.

A Bug in macOS Catalina 10.15.5 is Restricting Users From Creating Bootable Backups

As we have mentioned earlier, a macOS 10.15.5 bug is preventing users from creating bootable backups. The bug is not new as it was also previously present in the beta release of the build as well. The bug exists in the AFPS volume in macOS Catalina 10.15.5 and fortunately, it is only affecting new backups on Macs that are on the latest macOS 10.15.5 build. Existing backups made on macOS 10.15.4 and lower will not be affected.

the bug was first noted by Mike Bombich of Carbon Copy Cleaner and here's how he explains it:

The chflags() system call can no longer set the SF_FIRMLINK flag on a folder on an APFS volume. Rather than fail with an error code that we would have detected, it fails silently – it exits with a success exit status, but silently fails to set the special flag. That’s a bug in the APFS filesystem implementation of chflags – if a system call doesn’t do what you ask it to do, it’s supposed to return an error code, not success. That’s a fairly nasty bug too. Apple preaches that you should always check your error codes, and we do – religiously. This bug slipped past us for who knows how long because the system call exits with a success error code.

What may come as a surprise is that Mike had already reported the bug to Apple on May 18 and along with the final release, the bug was also present in the final beta build of macOS 10.15.5. Bombich also states that it is possibly a security fix from the company which prevents third-parties from using firmlinks. However, he also points out that it is "far worse than a bug".

If you have an existing backup of your Mac you should not worry about the macOS 10.15.5 bug. However, if you create a backup while you're on the latest macOS 10.15.5 then make sure you use the latest beta of Carbon Copy Cloner. Moreover, follow the instructions mentioned by Mike in his blog in order to backup your Mac.

Download the New 24-inch iMac Wallpapers for Any Device Today