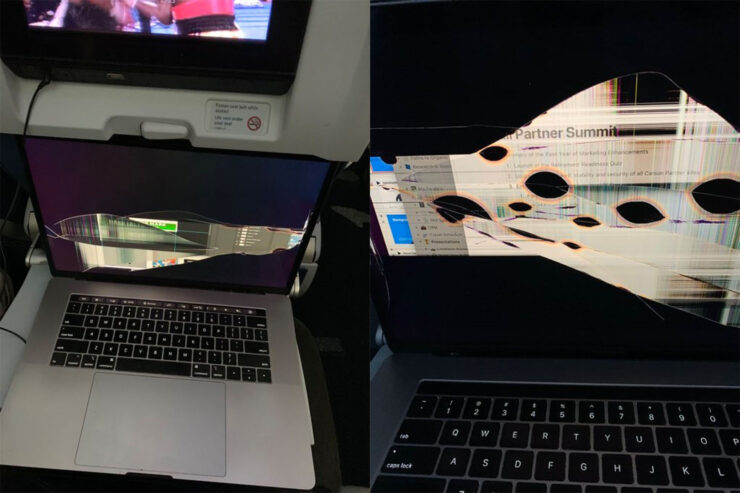 The MacBook Pro offers one of the best qualities for a portable machine, but it still has its structural limits. Unfortunately, Pat Cassidy found that out the hard way when an airline passenger sitting in front of him decided to recline his seat. Since the MacBook Pro display received a lot of pressure as a result of this reclining activity, the screen got destroyed completely.

It’s disappointing to have an expensive machine like this meet its fate under such circumstances. What’s even sadder is the fact that Delta Airlines, the company with which Paul was traveling with, refused to compensate for the damage done to the MacBook Pro display. In this situation, if your MacBook Pro is not under AppleCare+ warranty, then expect to fork over a ton of money for a screen replacement.

“@Delta small note for the suggestion box, maybe have a little warning sign or someway to prevent my laptop from being destroyed when the person in front of me reclines their seat.”

So this happened on my flight home... pic.twitter.com/FQx7lS2ejT

The passenger also wrote that the Delta flight attendant didn’t show much empathy towards his loss.

“I really appreciate that your flight attendant came over to tell me that the passenger in front of me “needs to be able to recline” and then asked him “if he was okay?” as if your seat hadn’t just ruined my livelihood.”

In an email written to Delta Airlines, the company responded that they were sorry that this incident took place. However, instead of providing compensation to the affectee, the Delta Airlines representative stated that as a goodwill gesture, the company is willing to provide 7500 bonus mile points to the passenger, and we can only guess what Paul’s reaction would have been upon reading the entire email. 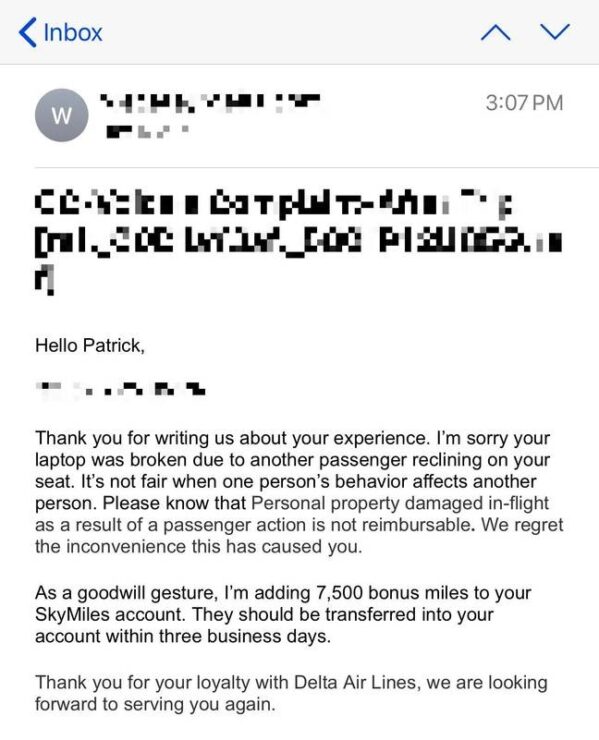 The tweet went viral, garnering more than 4500 likes and 400 retweets in a matter of hours. Thanks to Paul’s seemingly golden fortune, the MacBook Pro was taken care of under AppleCare. As a precaution, it’s recommended that if a person sitting in front of you ends up reclining his seat, and if you have an expensive product like the MacBook Pro stored in the front compartment, take it out immediately.