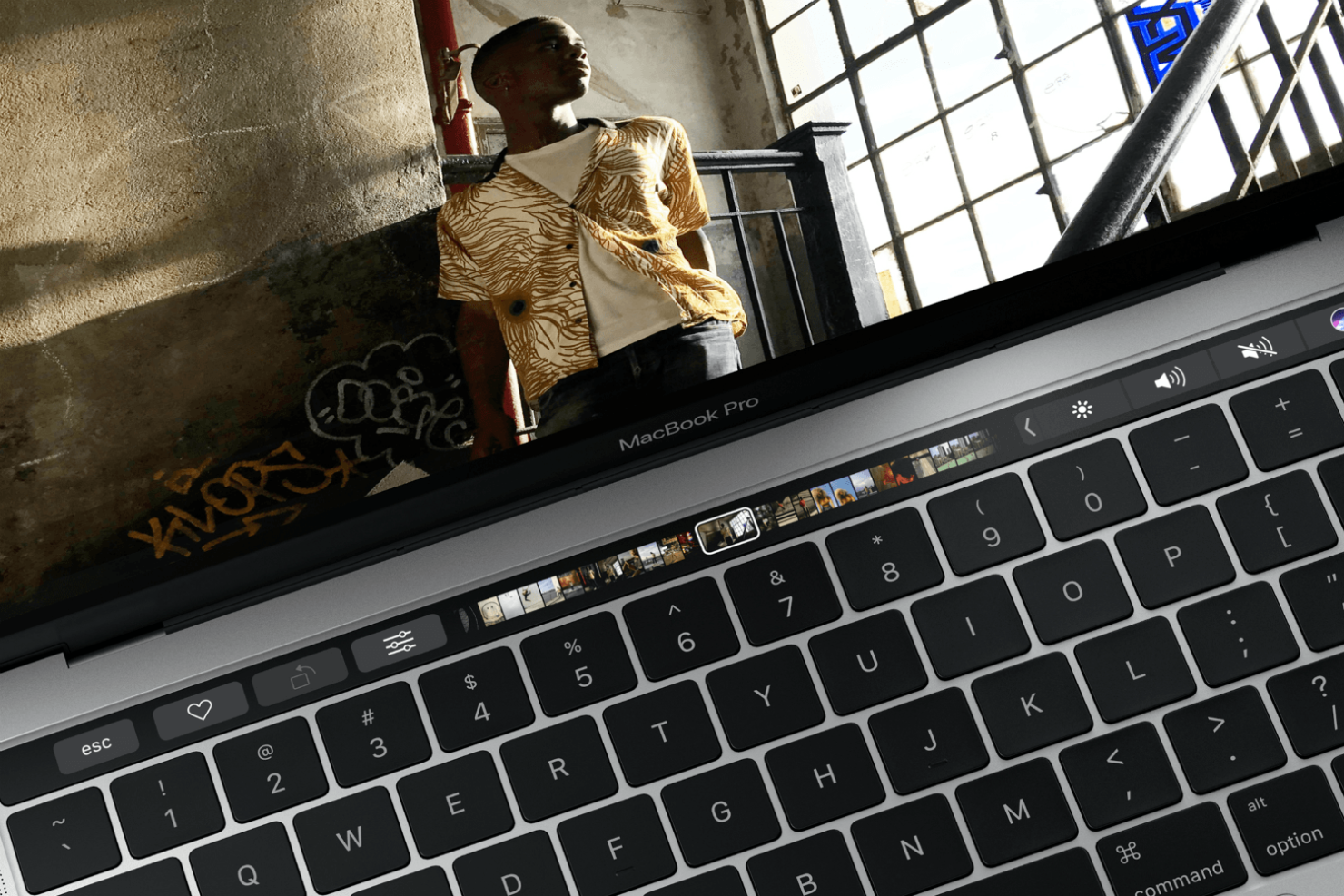 Apple has recently launched the MacBook Pro 2018 in both the 13 and 15-inch sizes which have a lot in store for users. While performance gain is one of the most important aspects of the device, there are other features added as well that makes these notebooks worth the upgrade. For users who use Final Cut Pro for editing, the infused performance is off the charts, faster than any other MacBook or laptop. However, apart from the performance bump, the addition of True Tone feature has also been made available that complementing the beautiful display.

The True Tone feature is pretty neat on the new MacBook Pro and it has gained extensions in terms of functionality compared to what we have previously used. The technology was first made available to the general public with the iPad Pro and then carried forward to the iPhone 8, iPhone 8 Plus and the iPhone X. Now, the technology has made its way to the MacBook Pro lineup.

So how does the feature work, you ask? Well, the new MacBook Pro 2018, iPad Pro, iPhone 8 duo and the iPhone X features an ambient light sensor that measures the color and brightness of your surroundings. The device processes the information and then adjusts the color of the display that best suits the environment. The point is to correct the illumination and white point based on the environment that you're in. Even though the technology isn't new, it is good to see that Apple is adopting it on various devices. 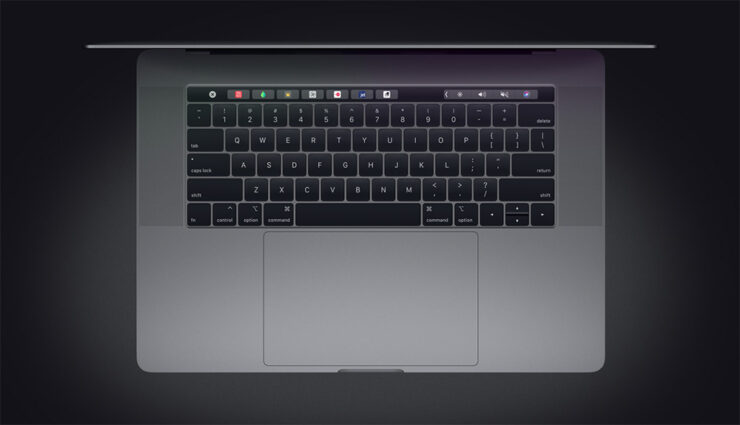 Overall, the adjustments are done in order to put less strain on your eyes. The optical system in our eyes is always in motion to compare near white to perfect white. This states that the adjusted white point should put less strain on your eyes making it more comfortable to look at. With that said, the True Tone feature on different Apple products allows users to see content on the display clearly in different environmental conditions.

However, one thing to note here is that due to a change in the white balance of the display, there is a possibility that colors are slightly represented inaccurately. This is a nuisance for content creators as editing photos and videos demand accurate representation of colors. The new MacBook Pro 2018, the True Tone functionality provides a natural viewing experience. However, you can always disable the feature temporarily when editing, if you're not satisfied with the variations.

"The 9.7-inch iPad Pro features advanced display technologies, including a True Tone display, which uses new four-channel sensors to dynamically adjust the white balance of the display to match the light around you for a more natural and accurate, paper-white viewing experience. The advanced Retina display is 25 percent brighter and 40 percent less reflective than iPad Air 2, making content even easier to see indoors and out. It uses the same wider color gamut as the iMac with Retina 5K display, delivering 25 percent greater color saturation for more vivid colours. A custom timing controller, photo alignment and oxide TFT deliver incredible color, contrast and clarity."

The Night Shift feature co-exists with the True Tone feature in the same Setting menu. While both of the features are pretty similar in nature, there are certain aspects that set them apart. The Night Shift changes the color temperature of the display to a slightly warmer side. It prevents the emission of blue light entering your eyes which could have an impact on your sleep cycle. The Night Shift feature is recommended for late night readings which will also allow you to sleep better. 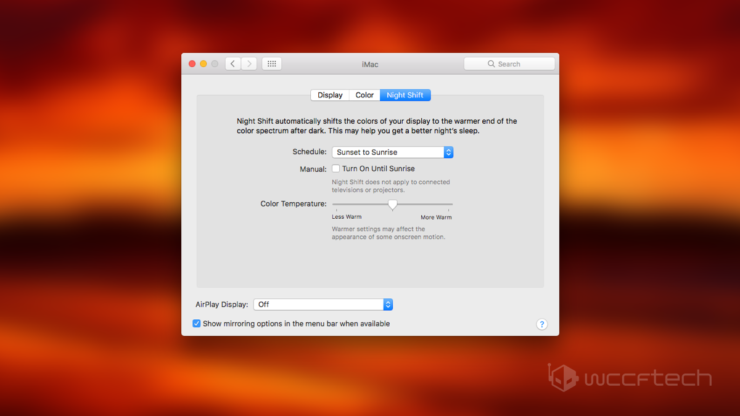 Now that we know how the True Tone feature works, let's embark on the extension embedded in the MacBook Pro 2018. While Apple aims to reduce eye strain with True Tone enabled displays, we can always wonder would the application be good if you're hooking an external display to your machine?

“The Retina displays in MacBook Pro (2018) include True Tone technology, which uses advanced multichannel sensors to adjust the color and intensity of your display to match the ambient light so that images appear more natural.”

The displays that support external True Tone functionality include the Apple Thunderbolt Display, LG UltraFine 5K, and LG UltraFine 4K. At this point in time, only the said displays support the True Toe feature extension. Moreover, there is no official word if the company is planning to add more displays in the list. Other than this, since Apple is quite selective in terms of adding third-party companies to its eco-systems, we reckon there won't be many. 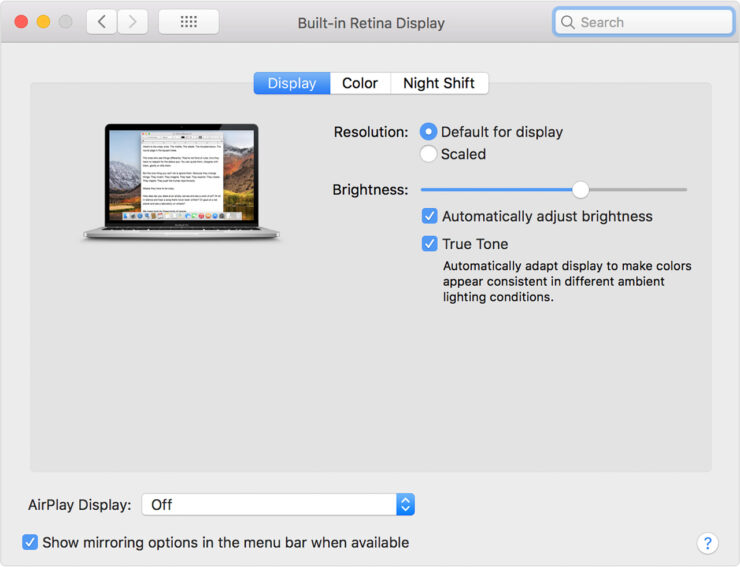 Overall, we're glad that the feature now supports third-party displays as well. Furthermore, Apple will continue to improve the feature, probably release more to it. All in all, True Tone Technology is pretty great for day to day working in different conditions. Now that it is available on the new MacBook Pro 2018, we couldn't be more welcoming.

Other Additions And Extensions

Other than the True Tone feature availability for third-party displays, it has also been discovered that the new MacBook Pro 2018 also boasts the world's fastest SSDs which can be seen in the latest benchmarks. Other features or fixes include the MacBook Pro 2018 fixing the butterfly keyboards as hinted in the teardown.

There will be more to the story, so be sure to stay tuned in for more details. This is all for now, folks. What are your thoughts on the new MacBook Pro 2018? Are you willing to get one for yourself? Let us know in the comments section below.