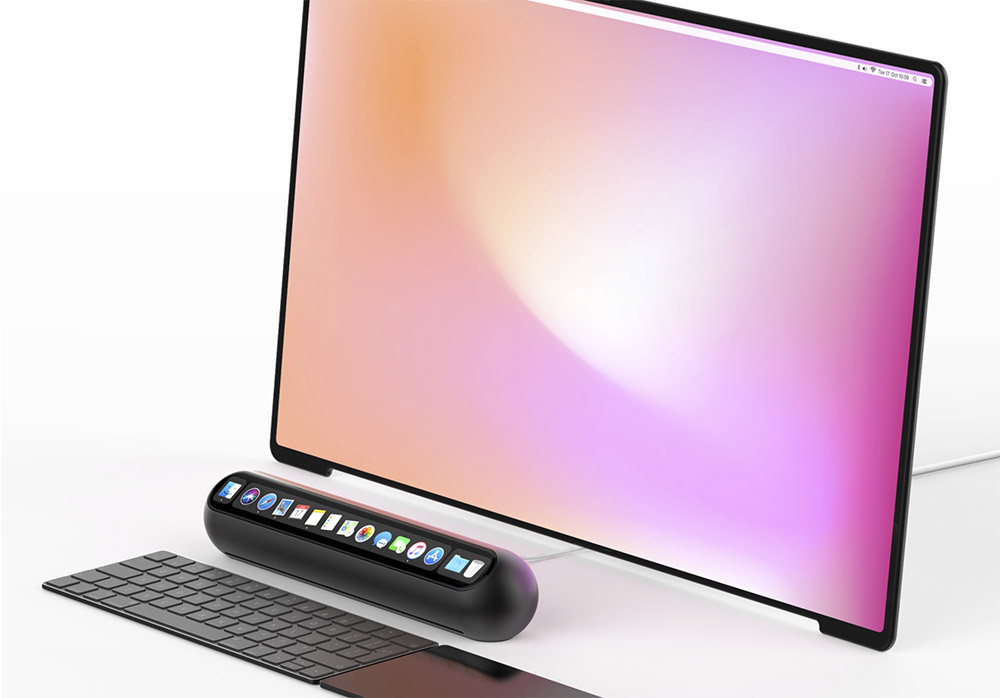 Is an iMac too large and heavy to carry around with you? Well, then you’re going to fall in love with this latest Mac concept. Taking cues from the Mac mini, which to remind you, Apple is going to be introducing a refresh of the product in the future, this contraption features all the latest and greatest flavors that you would expect to see from Apple’s desktop AIO. Did we mention that it also sports Face ID?

We cannot wrap our heads around what kind of product this is, so perhaps the description from Louis Berger will be able to tell you a lot better in that regard.

“The Taptop concept repositions the classic desktop PC from a box with outsourced hardware components into a device which is in the centre of user interaction. It fuses the cursor optimized desktop interface with a multi-touch control strip, functioning as the Dock and Touch Bar, allowing users to interact with the actual device, not just with peripherals. The Taptop computer brings the familiar concept of having your Apps at your fingertips to the desktop.”

If you ever wanted a cylindrical version of the Mac mini and an equal-performing variant of the Mac lineup, then boy prepare to get bedazzled with what you’re about to see in this gallery.

The front side reveals a display with which you can fire up your applications while the rear side will showcase the entire I/O. Looking at the generation we’re living in right now, we’d be really surprised if there were not any Type-C USB ports present, but the designer did not leave anything to the imagination.

A single Thunderbolt 3 port will provide all sorts of throughput such as powering a display and sending data to multiple devices.

Will we see one from Apple? Considering they shrunk the size of the Mac Pro it announced in 2013, we would not be surprised.

However, considering the Mac mini is not the revenue-generating monster belonging to the tech giant’s portfolio we honestly would not shocked if the design remains the same.