Looks like both Samsung and HTC are eager to get their devices to you as soon as possible. After the Korean electronics giant, Samsung officially announced the pre-order date for its Galaxy S6 and S6 Edge today, its Taiwanese counterpart HTC has done the same with the HTC One M9, also launched at the MWC at the start of this month. 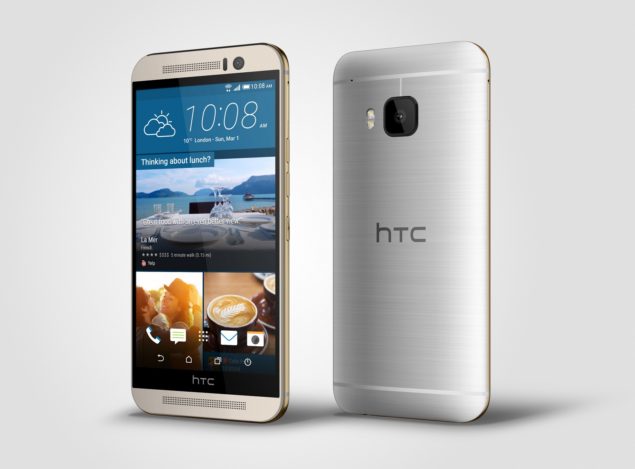 After the Galaxy S6 and S6 Edge getting their pre-order dates confirmed by Samsung today, HTC's also jumped in the fray. Seems like the Taiwanese manufacturer doesn't want to be left behind when it comes to snapping up your hard earned cash for a flagship smartphone. The HTC One M9 will be available for pre-order in the US starting March 27, which is tomorrow. If you're looking for a HTC flagship this year, then all you're going to need to do is to head over to the company's website and place an order for yourself.

The HTC One M9 will also be coming unlocked, and will leave you $649 lighter. The device will also come with 1 year damage warranty under HTC's aptly named UH-OH service, that'll replace your device within one year if you've managed to damage your device. The HTC One M9 is a device that comes with specifications that'll be a cause of envy for many manufacturers out there. The device comes featuring Qualcomm's latest Snapdragon 810 that's been a cause of some controversy for HTC recently with the heating issues that the One M9 seemed to be facing. The device comes with HTC's signature dual tone metal unibody and a 20 MP rear camera upgrade, that doesn't quite manage to live up to expectations. The HTC One M9 will be launched starting April 10th so for anyone not looking to pre-order, there's still time to decide. Stay tuned and let us know what you think in the comments section.