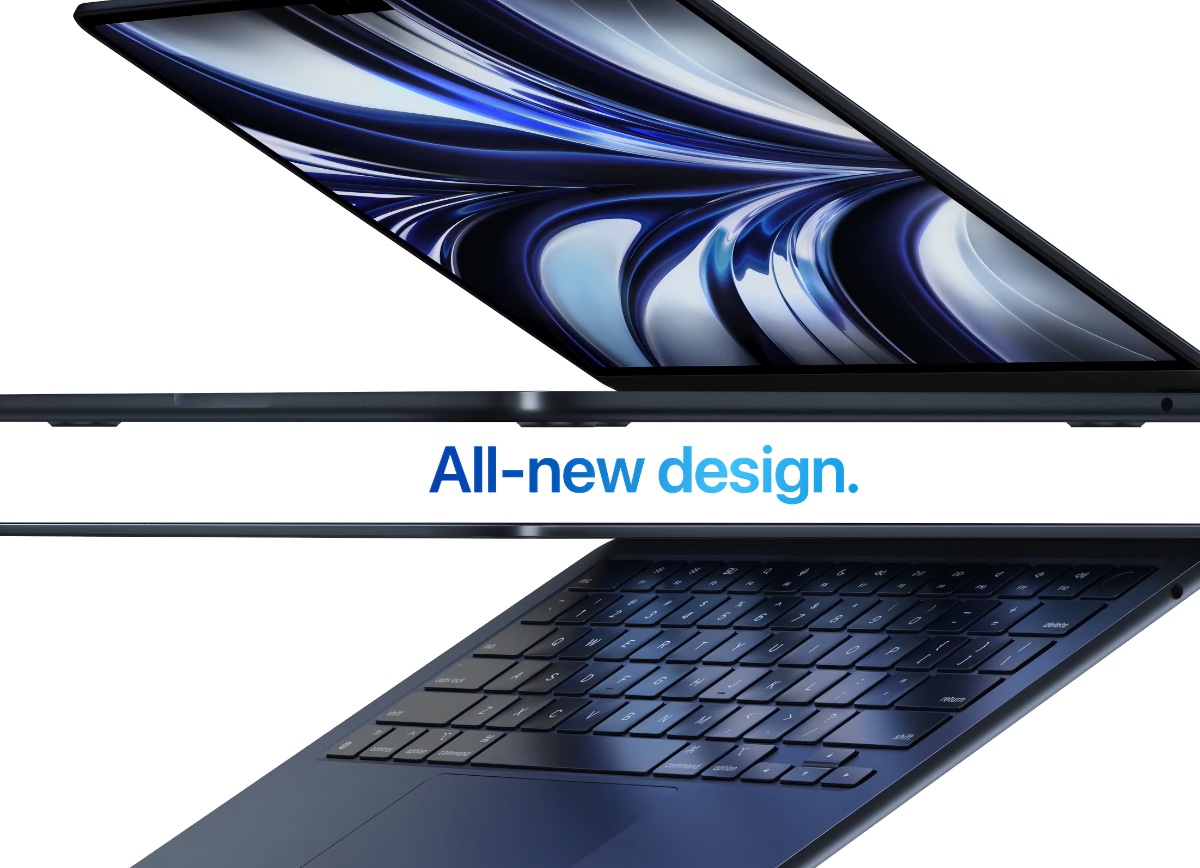 The new M2 powered MacBook Air has been announced and the new wallpapers are also available for download for any device.

M2 MacBook Air Arrives with New Wallpapers, Download them Here at Once for Any Device You May Have

If you're looking for a new MacBook from Apple that is 'new' in every way, then the MacBook Air with M2 is the way to go. But the problem is, the new MacBook Air will be available next month. thankfully, you can get a taste of the new M2 MacBook Air right now by downloading the new wallpapers right from the notebook itself. Sounds enticing? Because it is.

Simply click on the image below to go straight to the attachment page and save it onto your device:

If you already have the older MacBook Air, then upgrading to the new one makes a lot of sense. The M2 chip is definitely faster and more energy efficient, delivering more performance compared to before. But when it comes to the display alone, you get a slightly bigger panel than before with up to 500 nits of brightness which is insane compared to the previous MacBook Air.

Apple has also tossed in 4 speakers for the ultimate Spatial Audio experience and MagSafe also makes the cut, allowing you to fast charge the MacBook Air at up to 67W speeds (charger sold separately).

The new MacBook Air also features a headphone jack with support for high impedance headphones. What this means is, if you have a pair of headphones that can output lossless audio, this laptop will handle everything with ease, no external amp required.

There is actually a lot to like here, including a brand new 1080p webcam for FaceTime calls. And it all starts at a price of just $1,199. While this is obviously more than the previous MacBook Air with M1, Apple is actually still selling the older model for $999, if you think that is a better deal. In terms of performance only, the M1 MacBook Air is still a champ compared to a lot of ultra-portable laptops out there.

Interested in learning about the new MacBook Air or the M2 chip? Check out the following: