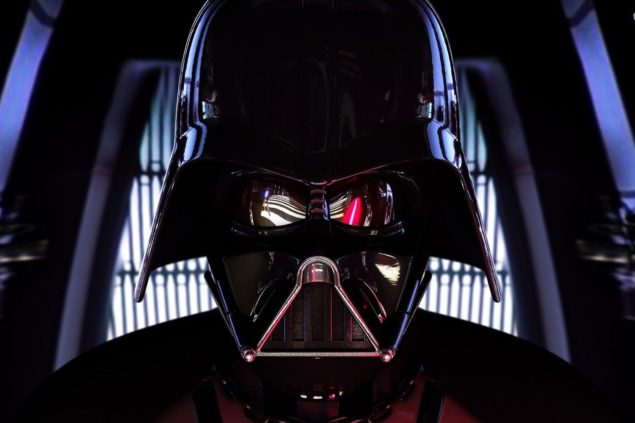 Devin Tripp, a Star Wars fan whose biggest dream is to explore the galaxy as a Jedi, is starting to make that lofty ambition into a reality. He's started a Kickstarter campaign to build a new Star Wars RPG, and it's already raised thousands of dollars.

Throwing off the shackles of legal issues, technical limitations and, yes, even reality, Mr Tripp has promised to build a modern day Force-focussed masterpiece.

And, this being the internet, people are promising him money to do it.

I do not have permission from Disney to create this game as of now. Disney has no part of this as of now. I have received a reply from Disney telling me to ask Lucas Films.

Like many of us when we were kids, we wanted to be like Luke Skywalker or obi jim Kenobi, but like all of us, we do not live in a galaxy far far away. There might be another way, though. With all the open world RPGs out there how is there not a good one for Star Wars? I have decided to take matters into my own hands and write a story in the star wars universe that will fit inside an RPG video game that I have not created.

I need your help. I am not a very good programmer, and I'm an even worst artist. I want to put this project into the hands of professionals, but in order to do that, I need money to hire them. This was my dream as a kid I hope you can share my same compassion, thank you.

It will have the graphics of "Battlefront" or better with the feel of "The Witcher 3".

You will be able to choose which side you would like to be on. You can be evil and choose the dark side and rule the galaxy as you wish, or you could also bring peace about the galaxy. Both in their own respects have their perks. Speaking of perks: Like "Fallout 4" there might or might not be perks in the game. At least not the same as they are in "Fallout". I do not want to give away much about the story, but I will give away that you do not start out as a Jedi, but later become one. As you progress your skills get better as your ability to use the force. It is very exciting that I have already gotten backers. I will be providing updates every couple of days, and answering any questions that you might have. I am still answering others so please be patient.

True to his word, there has already been the first update.

If you're interested in giving money to Mr Tripp, you can read more about the campaign here. Give generously.