Keeping its promise of attacking and taking down the two most used online multiplayer and video game content distributing services, the notorious hacker collective called Lizard Squad seems to have returned to its old antics. The group has reportedly targeted the PlayStation Network and Xbox Live with traditional DDoS attacks today when people are celebrating Christmas in many parts of the world. However, unlike what the group had promised previously, the attacks are brief and last only a few hours, as Sony and Microsoft have acknowledged the situation and are working to put services back online gradually. 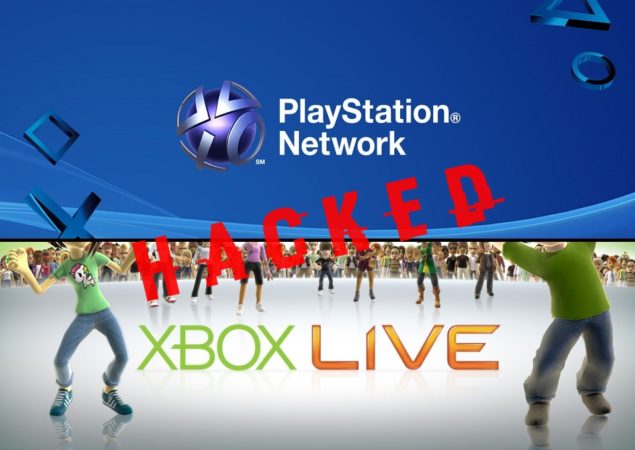 Describing itself as the “next generation Grinch,” a hacker group that rose to notoriety after attacking some gaming giants by taking down their servers through DDoS attacks announced earlier this month its plans to shut down both the online console gaming networks on Christmas. Soon after the announcement, a rival group called The Finest Squad took on the hacker collective and managed to keep the group offline temporarily by reportedly suspending its Twitter account. However, it looks like the Lizard Squad is back, as the group has just claimed the responsibility for temporarily disrupting normal PlayStation Network and Xbox Live services today.

The attacks started yesterday when Xbox Live when down specifically for Xbox 360 players in certain regions. Soon after the first attack, both PlayStation Network and Xbox Live users started reporting outages on Twitter. Interestingly, services are limited in certain regions only right now, specifically in UK, and people in other regions have full access to all the services. Lizard Squad has claimed the responsibility for taking down both the online console gaming networks via denial-of-service (DDoS). However, unlike the promised complete shutdown, the attacks only disrupt the services for few hours before they become available again and are reportedly rattled again. 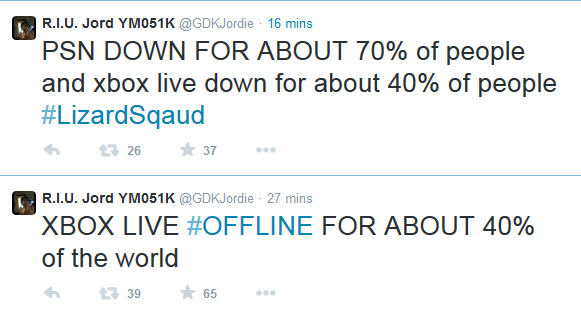 Both Sony and Microsoft have acknowledged the issue and confirmed that the PlayStation Network and Xbox Live are up with limited services in the UK and some places in the US, but it is not yet officially specified how far reaching the problem is. Sony has confirmed via official PlayStation Twitter accounts that while users are having trouble logging into their PlayStation Network accounts, engineers are investigating the problems. On the other hand, Microsoft has updated the status of Xbox Live on official Xbox website as Limited.

Lizard Squad has been tweeting about the outages all day, increasing its number of followers on Twitter and by apparently giving false hope to gamers about restoring downed PlayStation Network and Xbox Live services if their tweets are retweeted

Keep checking back here as we will be updating this page with more news about the Lizard Squad and PlayStation Network and Xbox Live outages.