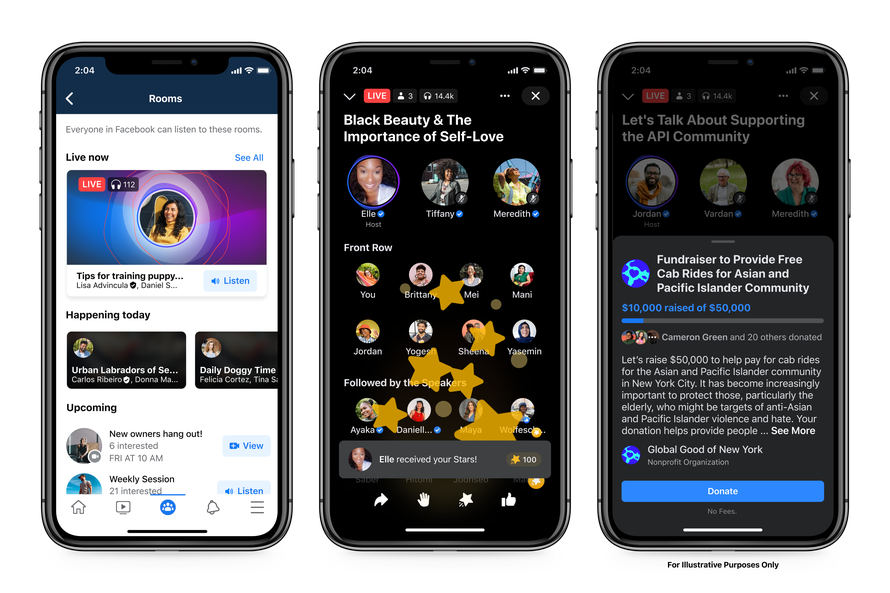 Clubhouse has managed to become one of the most popular apps available on iOS, and even though it is invite-only, the app is being used by many people. Jumping the bandwagon, Facebook has decided to launch their own version of Clubhouse called Live Audio Rooms. While the name is very unoriginal, the same can be said about the functionality.

It is evident that Facebook is doing more than just building a clone to the clubhouse, but while doing so, it is important to look at what the company has to offer in the first place. Facebook has also announced numerous tools, including the option to let creators go ahead and start doing podcasts. You are also getting a Spotify integration for music and a new short-form experience called Soundbites.

Facebook's Clubhouse Clone is Called Live Audio Rooms But Will it Work?

From the slew of new services that Facebook has announced, the Clubhouse clone is something that manages to get the most attention, considering how the audio networking sphere is slowly growing and just like Clubhouse, this new experience is going to bring live audio rooms where users can enter and engage in any topic of their choice.

Facebook clearly plans to make this feature more accessible and hopes that more and more people are on board using the feature. It also makes sense as Clubhouse is gaining a lot of traction really fast, and with another similar tool in the market, there is some competition. You can read all the information about this new initiative here.