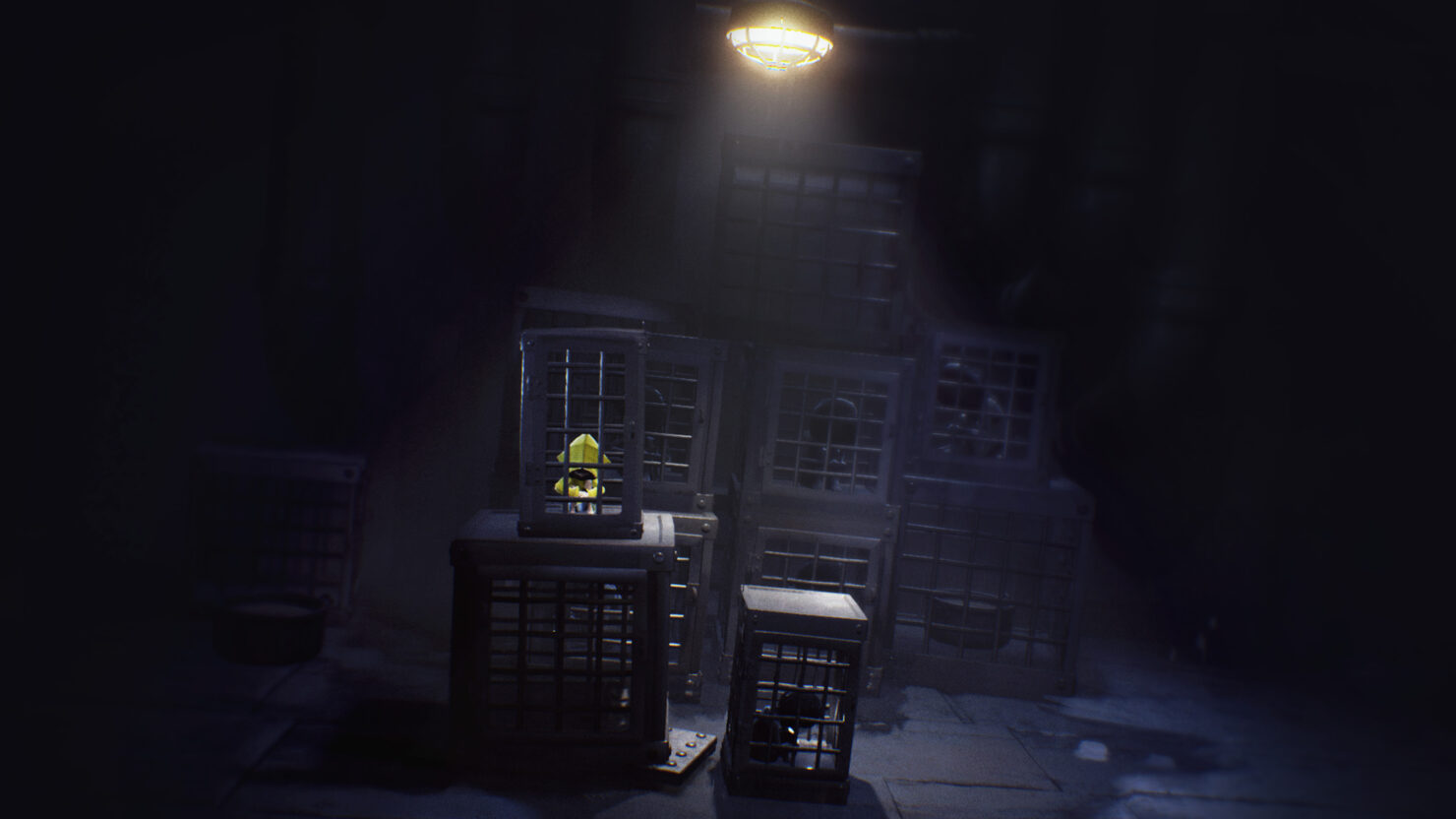 Little Nightmares is a creepy third-person 3D puzzle platformer. The game revolves around a small girl called Six, who is trying to escape a huge, mysterious vessel called The Maw. However, Six is not alone on her strange journey. Around every corner players will find corrupted souls hungrily searching for their next meal and it seems like Six features on that menu.

Six runs around barefoot and wears a yellow rain jacket, making her seem really small and fragile. The fact that everyday objects such as chairs and suitcases tower over her make everything seem far more intimidating. Many of the puzzles focus on the player working out how to progress to the next room, using the environment and objects to help Six along her way. One puzzle had me climbing up a tall chest of drawers, retrieving a key from a table and jumping down onto a wall-bed, before lugging the key into the next room. I had to throw small objects at buttons located on the walls and at one point I even found myself in a sea of boots that definitely had some sort of monster lurking underneath them.

This game is based around the concept of rekindling childhood fears, making the environment seem even creepier to play through. The art also helps to ensure that everything on-screen has that eerie Tim Burton look, most notably the sack enemies, which are particularly reminiscent of Oogie Boogie from the Nightmare Before Christmas. In addition, the camera lazily drifts around behind Six, which makes everything seem all the more disconcerting. 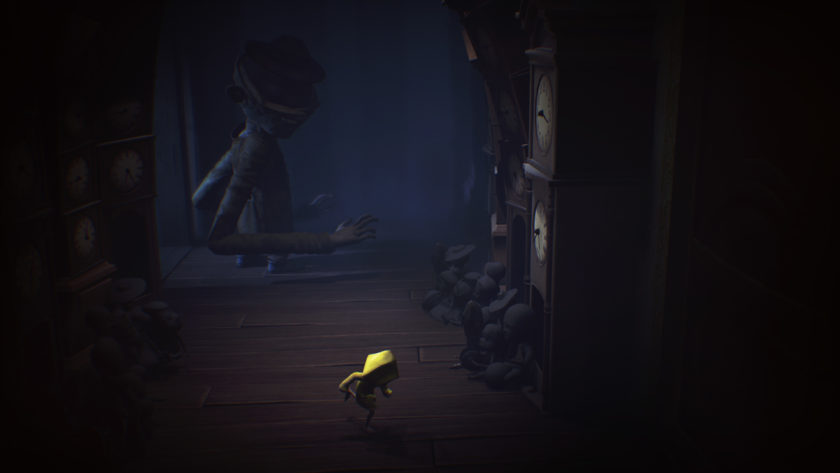 I hate directly comparing games to one another as it seems like such a cheap thing to do, but if I had to do it for Little Nightmares I would say it’s a mix between Limbo and LittleBigPlanet. It has the dark, eerie tone of Limbo where you know things can (and will) go wrong at any time, while featuring the control scheme of LBP. The LBP comparison shouldn’t surprise anyone as Tarsier Studios helped develop LBP Vita and LBP3. However, Little Nightmares has its own identity and that is extremely clear just by looking at it. The game looks incredible, and it is one of the only games where it being in 30fps does genuinely seem to be a design choice rather than a limitation. Limbo sticks out with its monochromatic style, whereas Little Nightmares utilises lighting in interesting ways. Many of the rooms that I saw in my time with Little Nightmares were poorly lit, encouraging the player to use Six’s lighter in order to get a better look at her surroundings.

Despite playing Little Nightmares for just under an hour, the amount of variety in the puzzles was seriously impressive. Tarsier Studios knew not to repeat the same type of puzzle twice, and they certainly succeeded in doing so. I didn’t even think of this being a noteworthy point during my time with the game, but I suppose that’s a mark of a great game. You never question things when the game does everything correctly, which is exactly why I didn’t think about it until I watched my captured footage. The gameplay changed enough during the preview to keep things interesting, while gradually increasing the difficulty of the puzzles. The first puzzles in Little Nightmares initially have no real consequences to them, but as you progress throughout the game, Six will have to avoid getting captured or even killed at points.

If you’ve watched or played Little Nightmares, you will have noticed the lack of music in the game. Aside from ambient sounds and the noises emanating from Six’s enemies, Little Nightmares tries to remain as quiet as possible in order to keep the player on edge at all times. You may assume Little Nightmares' lack of music may decrease the tension in the game, however, it actually achieves the complete opposite. In the case of Tarsier Studios’ game, less is more. The odd noises of little creatures skittering across the floor are off-putting enough, let alone when you can hear the breathing of a disfigured foe lurking in the distance. 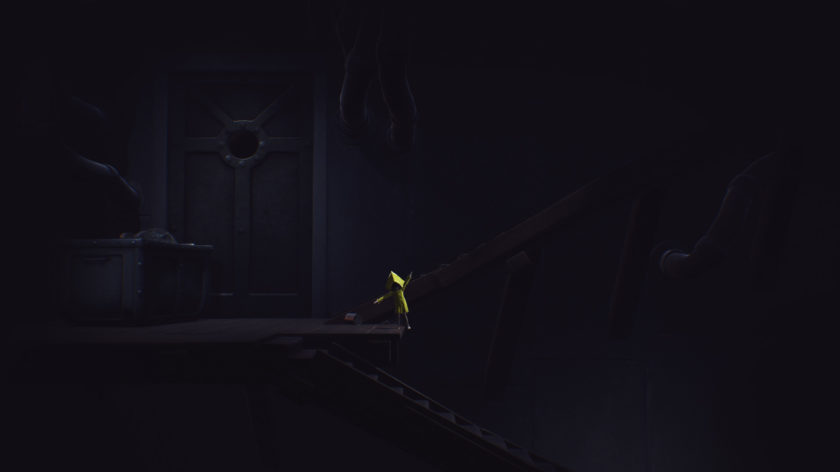 I got to see so much of Little Nightmares in such a short amount of time, and this has left me feeling extremely confident about what will be on offer when the game releases in April. Tarsier Studios have done a brilliant job of creating a spooky atmosphere. Little Nightmares (at least that we know of) does not feature any dialog or text bubbles, leaving the story to be revealed entirely through gameplay. There are so many questions I have about the plot of the game, who Six is and why she is trapped on this strange vessel. If you aren’t already looking forward to Little Nightmares, you should re-evaluate your priorities.

Little Nightmares will be releasing on April 28th for PC, PlayStation 4 and Xbox One.