Microsoft's Xbox One video game console has a great collection of games right now and there are some very beautiful and most anticipated upcoming video games that are scheduled to release on the console, one of these games is an Xbox One exclusive title called Fable Legends, which is currently being developer by Lionhead Studios using the powerful and famous video game development engine known as Unreal Engine 4, which, according to the developer, proves to be very effective when combined with the Xbox One console. 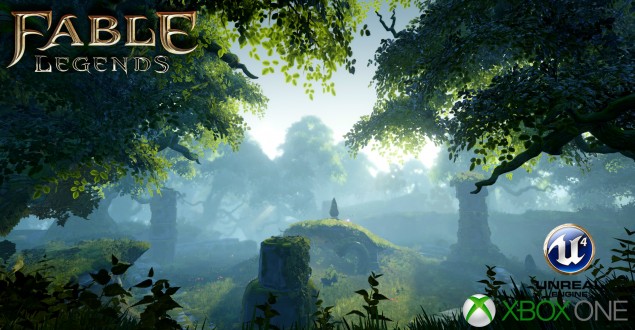 “There are a couple of things really. There is the seamless sort of multiplayer backed by Xbox Live and the drop in/drop out gameplay that we’re able to do, I will talk briefly about that and I’ll talk about the second point in a minute about Xbox One. You can play single-player as well and the other heroes will be controlled and you can play against an AI villain if you like to. Xbox One just enables us to move very easilybetween those kinds of modes.”

Smith also explained how the Xbox One and Unreal Engine 4 combine together to offer great things and how Epic's Engine will make Fable Legends look charms after the full development is complete.

“The other things of course, it makes the game rather look beautiful. We’re working very closely with Epic because we’re using Unreal Engine 4 and the combination of Xbox One and UE4 is very potent. I think, certainly we’re very pleased with the way it’s looking and it’s gonna look better because Unreal Engine 4 is yet to be completed. It’s gonna look better, later in Fall it’s going to be given another overhaul, it’s going be great.”

What do you think about Xbox One and Unreal Engine 4? Let us know in the comments section below.