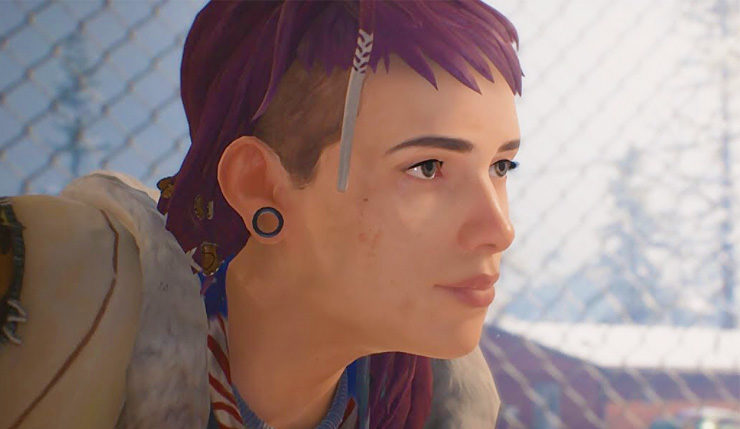 Life is Strange 2 finally delivers its third episode next month, and while we don’t have a full trailer just yet, Dontnod Entertainment has dropped a brief teaser and expanded description for the next chapter in their acclaimed adventure. You can check both out, below.

Sean and Daniel Diaz’s journey to Mexico continues in Episode 3, a few months after the events in Episode 2 and the boys’ escape from Beaver Creek. The brothers experience life on the fringes of society, as they befriend a close-knit community of drifters and runaways, and become embroiled in the illegal cannabis trade among the towering redwood forests of California.

Sean and Daniel’s resolve is put to the test once again, as new relationships create friction between them and they both learn much about who they are as individuals. Uncertain about their once united purpose, can they stay together, or will their journey together end here?

Not a whole lot to that teaser, but it sounds like the purple-haired girl we met in Episode 2, Cassidy, talking. The description mentions “new relationships creating friction” – could we see a bit of a teenage love triangle develop in Episode 3? By the way, Dontnod previously released another teaser for Episode 3, once again featuring the voice of Cassidy as she shows Sean and Daniel around an illegal pot-growing operation. Hmmm, this girl might be trouble!

In other Life is Strange 2 news, you can now buy episodes individually, rather than having to purchase the whole season. Dontnod had to make some adjustments to the episodes to make this happen…

“The Life is Strange team is always reading the feedback from the players, and we saw the overwhelming demand for the option to purchase episodes individually. […] It took a bit of time to set it up since we needed to ensure all episodes can be played individually and even out of order, which wasn’t the original design. But we are glad to finally be able to announce that the fans can now purchase each Episode of Life is Strange 2 individually on launch day from now on.”

Life is Strange 2 is available now on PC, Xbox One, and PS4. Episode 3, entitled “Wastelands,” will arrive on May 19. You can check out release dates for future episodes here.