Going into the showcase from someone like Lian Li at CES 2020 I prefer to ignore all briefs and be surprised by what they are showing. This is a bit of exercise in fun for myself so that I'm surprised by things like TU-150 from last year and now the O11D-Mini and Unifan made for somewhat of an unexpected surprise. I did see my favorite T70X Test Bench in use but couldn't get confirmation that they were still making that one s I can't find a second! But let's roll through their showing this year. 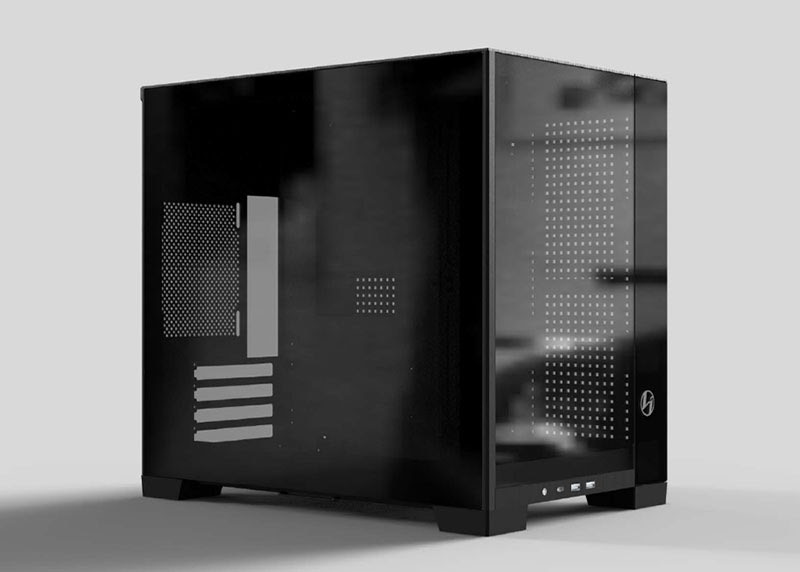 The O11 DYNAMIC is revamped as a smaller yet modular tower case with a volume of only 38 liters. With the O11D MINI, LIAN LI presents a case that is breaking the boundary by being able to house Mini-ITX, Micro ATX, or ATX motherboards by allowing for an internal and external module that shifts the mATX and ITX boards down further to a more centered position. The O11D MINI supports an impressive amount of hardware depending on your motherboard form factor. Keeping water cooling in mind, as is the tradition for the O11D series, the versatile and modular O11D MINI can either host 3 x 280mm radiators when using a Mini-ITX (thanks to that internal shift in position), 1 x 280 mm and 1 x 240mm radiators or 2 x 240mm when using a Micro ATX, or 2 x 240mm radiators when using an ATX motherboard. Another thing of note for the O11D Mini is the requirement for using an SFX PSU, something to take note of if you're planning on building with one of these. I welcome the move but the additional cost and cable length of those power supplies will need to be considered. 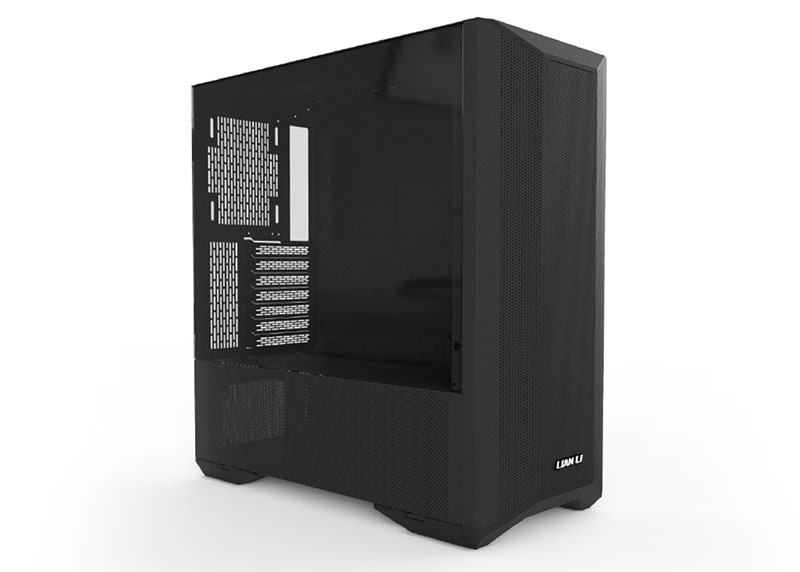 The LANCOOL II, that found itself the case of the year, has a new front panel for an even better airflow design and the mesh pattern lends itself to a very professional and clean front look rather than just looking like the front was replaced by a mesh screen. The LANCOOL II MESH is built with mesh front panel and flip shroud panels to provide unrestricted air intake from both sides of the case and held in place by extremely impressive magnets. Replacing the shroud panels with mesh means you won’t have to compromise on temperature management performance for your PSU and GPU located at the bottom of the case.

The LANCOOL 315, a new addition to the LANCOOL series, is designed with modularity and ease of build in mind. In order to make things as seamless and as easy as possible for the users, the LANCOOL 315 features a removable motherboard tray that gives you the possibility to almost build your entire PC externally. In addition, PC enthusiasts will be able to decide later on if they want to build a PC for show, or build for performance as the LANCOOL 315 comes with two different panel options, either a mesh or a glass front panel, allowing you to decide between air intake or aesthetic with the same chassis. Having both of these in the box and ready to go keeps the end user from having to make a decision on the front end or having to order additional parts on the backside, it has the double edged benefit of Lian Li being able to only keep up with one SKU as well!

After a year of teasing, the design of the LIAN LI UNI FAN has been finalized and will be released at CES 2020. The new concept of daisy-chaining addressable RGB fans together is ready to unclutter your PC from all these pesky LED and power cables, and make ventilation and cable management a pleasant experience. Having a clean build is now as simple as clip and go. LIAN LI will also take the opportunity to present a new and intuitive software to easily configure the lighting and the fans RPM. The software is functional and pretty intuitive as I took a few minutes and created my own pattern and got to see it in action. The expansion from one fan up to the supported 4 on a string was really easy and for those curious, each fan comes with its power clip so they can be used individually if your system ever evolves into something different so you're not stuck with one big ole fan.

The STRIMER is getting a refreshed design with the STRIMER PLUS. Featuring a total of 120 LEDs housed in a silicon shield, the PLUS can elevate RGB lighting and produce a truly stunning LED effect. The mounting and connectivity of the STRIMER PLUS have also been improved to make “RGBing” your PC as simple as plug and go! Having taken a look at the original STRIMER some time ago the new design is a vast improvement with the lighted portion being supported by a silicone sleeve rather than just light tubes with the extension cables bunching up behind them when putting in place, this design keeps things very squared up and clean.