Amidst all the buzz related to the OnePlus 6, it's easy to forget that the smartphone isn't the only flagship device that's headed our way. Recently, rumors of an alleged LG G7 ThinQ started to hit the rumor mill, promising a partial reboot for the Korean manufacturer's H1 flagship smartphone lineup. The company hasn't seen good fortunes in the market of late and it expects at least a partial turn around by uniting a host of different gadgets under the ThinQ brand. Today we've got more details for the first flagship from LG's under this unision. Take a look below for the details.

These days, all that anyone can talk about for flagships is about a display notch. As 18:9 screens become common, bezels are a thing of the past. Still, the necessity of equipping smartphones with a host of critical sensors leaves manufacturers no other choice than to retain a portion of these much hated black bars, especially at the top. While some choose to make the top bezel as thin as humanly possible, others take the 'notched' approach.

One highly anticipated device, the OnePlus 6 is confirmed with the feature. Now, it looks like another upcoming high-end Android smartphone will use a top cutout. News for the LG ThinQ does not surface regularly on the rumor mill. This is a natural given that market interest in the smartphone is not what it used to be during the days of the LG G3. 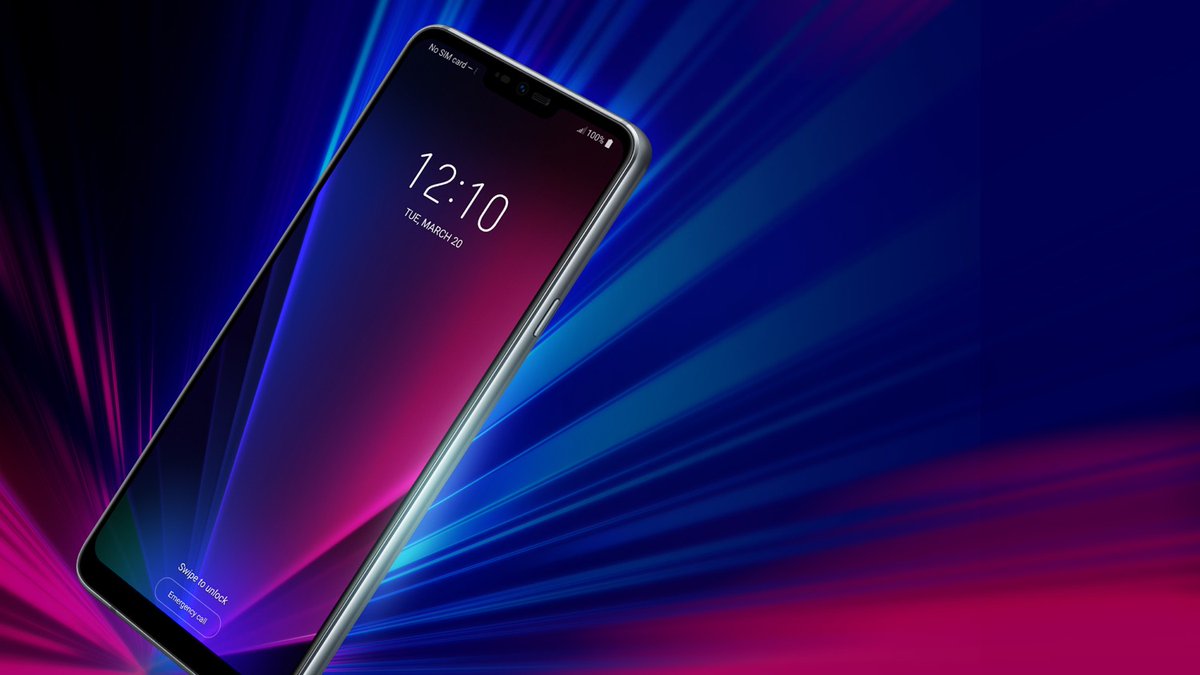 Today, legendary tipster Evan Blass is back with information on the upcoming LG G7 ThinQ. Blass claims to have laid his hands on an alleged render for the smartphone. This not only displays a top cutout, but also a much taller form factor and a design confused between casual and formal. LG seems to have drawn inspiration from Google's approach on the Pixels for the smartphone's aesthetics. In addition to the notch, there's also a chin present at the device's bottom, which hints at only a moderate focus on design.

For its specifications, we expect that Qualcomm's Snapdragon 845 will power the smartphone. LG's delayed launch for the device lends further credence to this fact as the company was unable to power 2017's G6 with the year's off-the-shelf, high-end processor. However, sources also believe that the G7 will ship with a maximum of 6GB RAM. This, if true, will leave it underpowered when compared to similar offerings from Xiaomi and OnePlus. Thoughts? Let us know what you think in the comments section below and stay tuned. We'll keep you updated on the latest.