With smartphones becoming common these days, more and more users have become used to the added functionality offered by their devices. With the advances in manufacturing, our devices can now offer greater productivity and functionality then could ever be imagined, with even 3D technology having started to make its way onto smartphones.

So when news pops up about smartphones deciding that they have had enough of being in constant use and decide to blow up, everyone gets rather surprised owing to the fact that they're generally in close proximity of their users. One LG G3 user was lucky when it came to that, and for good matter too as an LG G3 has exploded and decided to take a good mattress along with it as well. 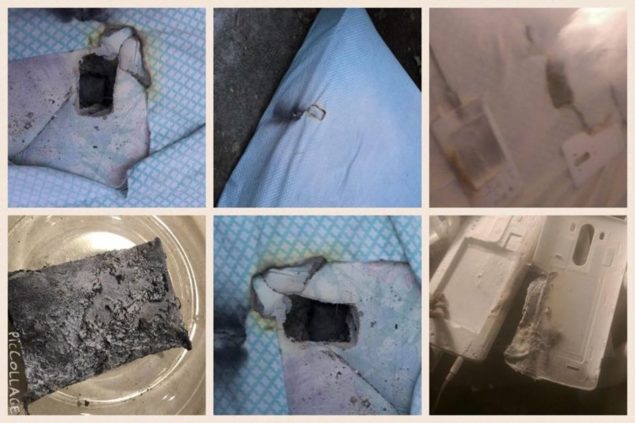 LG G3 Blows Up While On Charging - Burns Hole Through Mattress.

Smartphones generally come with instructions to not use third party accessories and equipment such as chargers with your device. Thats for good measure too, since such accessories can have devastating consequences for the device and by extension the user involved as well. But one reddit user's sister did follow all the instructions that came with her LG G3 and put the smartphone to charge on her bed and left it to complete.

The LG G3 in question apparently had other plans as the device chose to blow up in one of the more serious smartphone explosions we have told you about. Not only was the smartphone completely ruined but the mattress it was on also became an unintended casualty (If smartphone's blowing up keep casualties in mind). The mattress in question had to be thrown out of the window according to the poster. But LG G3 users shouldn't start eying their devices with apprehension as the explosion is an isolated incident, so far. Just goes to show how much energy really is present in our devices and how much at risk all of us would be at if more precautions in their design were not put in place.