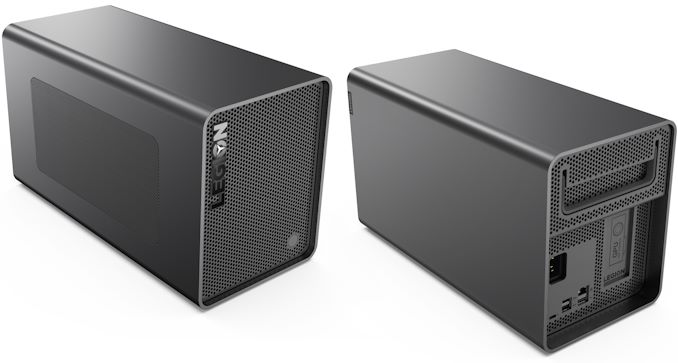 In a bid to radically increase the graphics performance of its laptops that have Thunderbolt 3, Lenovo has introduced its Legion BoostStation eGFX box. The external graphics enclosure allows users who are running a laptop with an entry tier GPU (Integrated) to be equipped to a high-end desktop discrete graphics card via the Thunderbolt connection.

The Lenovo Legion BoostStation eGPU offers great compatibility along with a fair amount of I/O ports!

The BoostStation Box eGFX chassis is made out of aluminum and is large enough to house any modern dual-wide graphics card, up to 300 mm long. This box is a bit different than standard eGPU enclosures. Instead of just offering space for the graphics card, this chassis can accommodate one 2.5-inch/3.5-inch SATA drive and two M.2 PCIe SSDs. This expandability is perfect to store your valuable data without taking all the available space on your laptop. 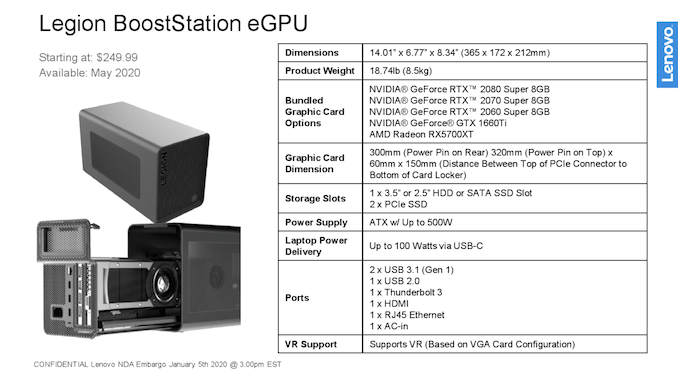 If you need more I/O then don't be worried as the enclosure also offers a GbE controller, two USB 3.1 Gen 1 ports, one USB 2.0 connector as well as an HDMI display output. This enclosure also includes an RJ45 ethernet port, which allows this enclosure to act as a single cord setup for most laptops.

This device is equipped with a 500-watt power supply that can deliver up to 100 watts of power through the Thunderbolt 3 interface, which leaves up to 300 watts to the card itself. Although if your graphics card requires more than the 300-watts, then you can swap this PSU with a more powerful power supply that uses the standard ATX size.