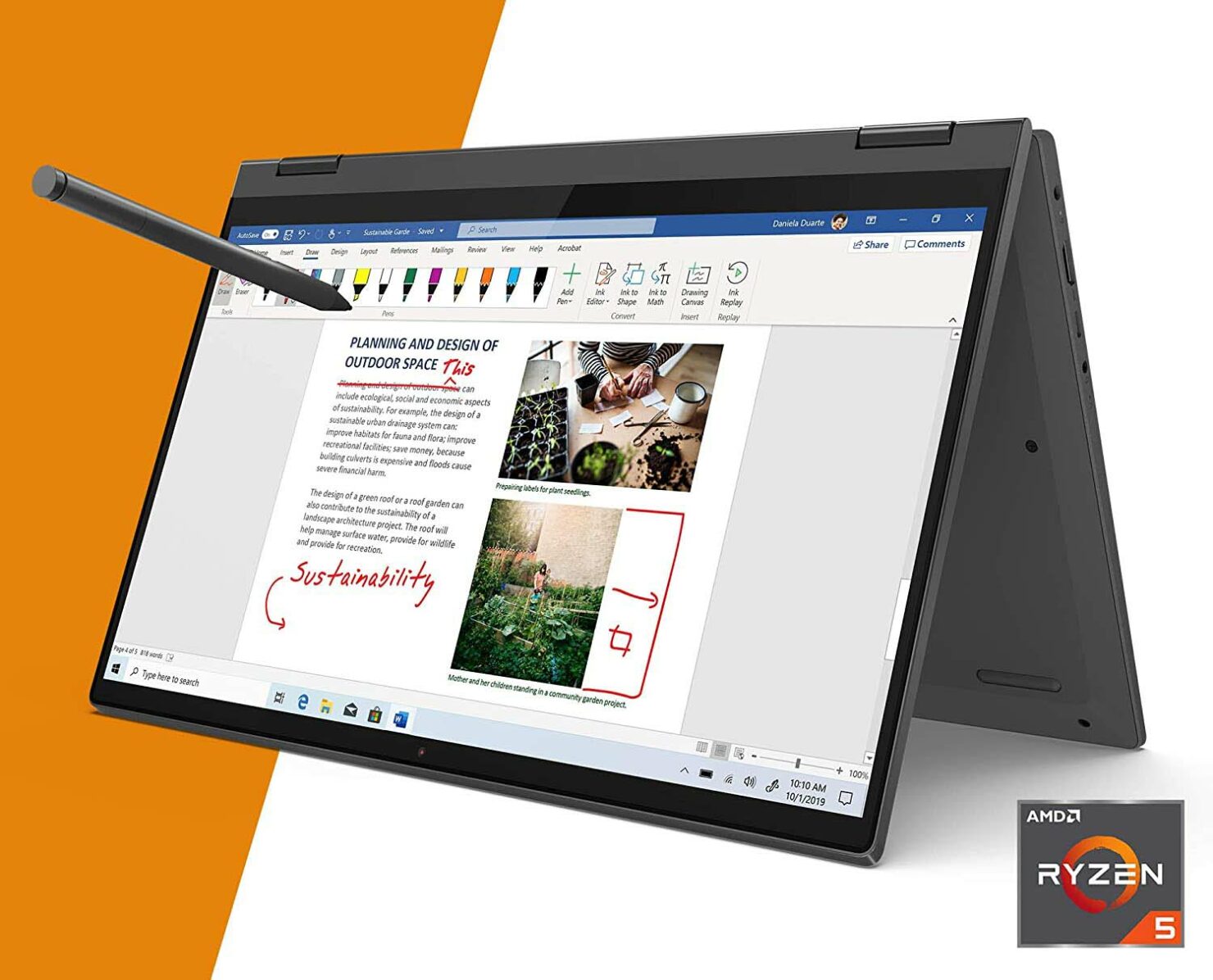 There was a time when powerful and portable notebooks would have cost upwards of $1,000 and there would still be compromises that the owner would have to bear. With the Lenovo Flex 5, you’re getting the same portability, performance, but add that affordability factor and you have a solid offering from the company at just $599.99 on Amazon. Now you might be wondering that there’s no way this notebook costs this much without cutting a few corners on the hardware front right?

Well, surprisingly that’s where you’re wrong. The latest 2-in-1 features a 14-inch 1080p touchscreen and houses an AMD Ryzen 5 4500U CPU armed with a total of six cores running at a clock speed of 2.30GHz. A couple of years ago, we could only imagine seeing two cores on something as portable as this but that’s the great thing about technology right? You also get 16GB of DDR4 memory and 256GB of PCIe SSD storage which you can expand later on, and you have the ideal portable notebook where you can also do some mild gaming on courtesy of integrated AMD Radeon graphics.

There’s also a Lenovo Active Pen included in case you want to do some creative work. The battery life is also a massive selling-point especially if you plan on doing moderately to demanding work. The endurance that you get can range between 8-10 hours on a single charge but that’s not the best part. You can get up to 80 percent charge back after plugging in the Lenovo Flex 5 for just an hour.

It’s also surprising that the Lenovo Flex 5 has so many ports to offer despite being a 14-inch 2-in-1. You get two USB 3.1 Gen 1 ports, and one USB Type-C 3.1 Gen 1 with PD support. There’s also a single HDMI 1.4b port, 4-in-1 card reader and lastly, you get the headphone plus microphone combo. For $599.99, there’s so much that you’re getting with your money and we believe that you can’t go wrong with the Lenovo Flex 5.