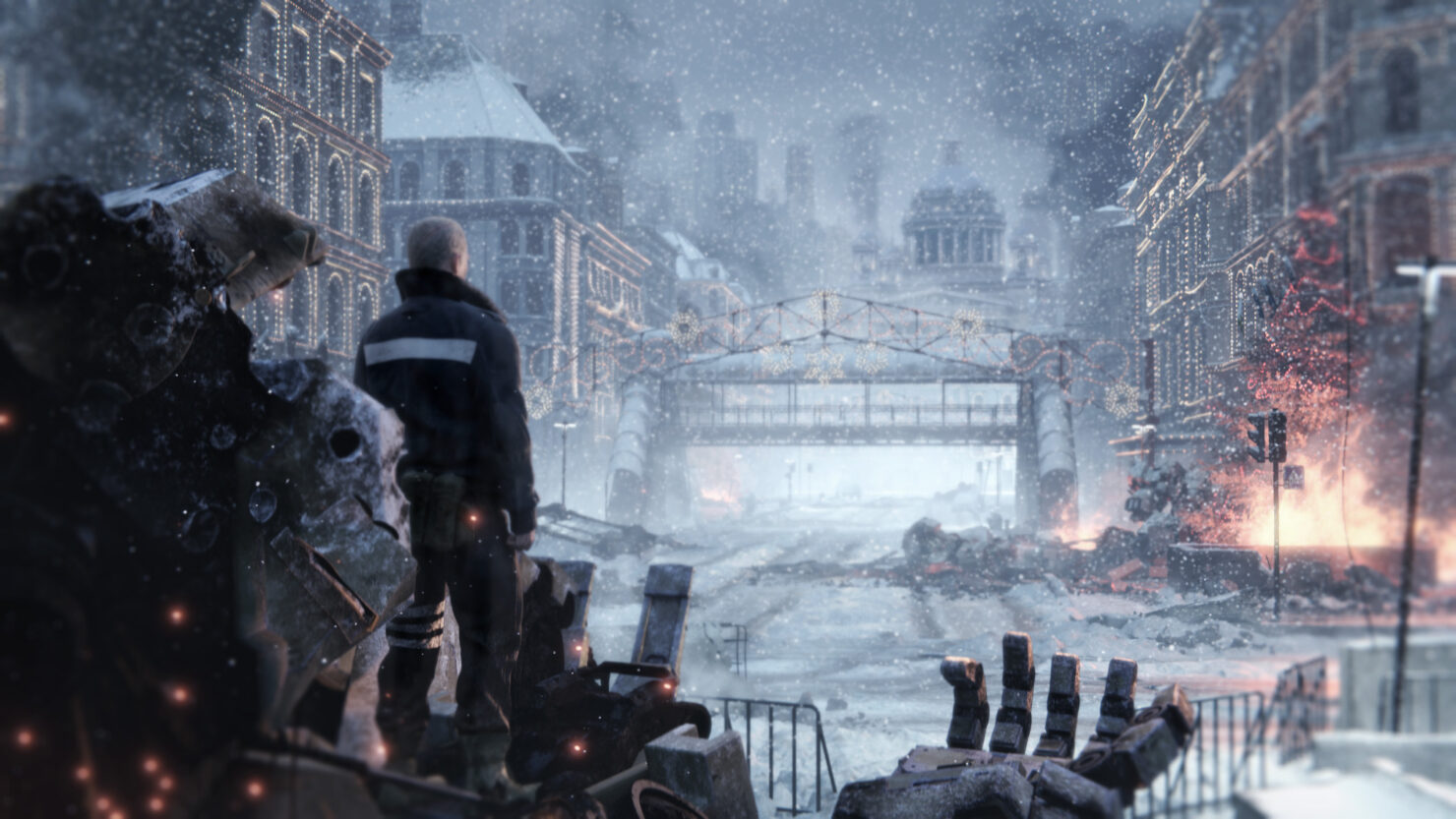 As promised in our earlier report, Left Alive received the first proper trailer today with the beginning of TGS 2017. There are a few brief gameplay scenes, too, and they look promising so far.

Moreover, the latest issue of Weekly Famitsu also revealed a ton of information on the game, regarding the narrative and gameplay. Gematsu managed to translate them and we've gathered the most important bits.

Left Alive isn't merely a spiritual successor to Front Mission as previously thought. It takes place in the same world, chronologically placing itself between Front Mission 5 and Front Mission Evolved, during the year 2127. Wanzers, Front Mission's signature mechs, are mainly featured as enemies though it will be possible to steal one from the enemies.

As with any proper survival game, players will be able to craft items from the materials obtained on the battlefields. You may also lay down traps on the enemies' paths.

The game will feature three protagonists who get caught in a war incident in a Russian city. Players will switch between the three as the game progresses, likely to provide a different perspective on the same event. It sounds like switching is predetermined by the game rather than available at will like in Grand Theft Auto V, for instance.

While Left Alive will be mainly focused on offline gameplay, the developer didn't deny there might be a few online elements, though they didn't specify which ones.

What they did say is that there's going to be a fixed ending. Still, replayability elements are there since the players' actions may influence whether a certain character is happy or not, or whether a mystery is solved or remains hidden. Some NPCs in need of aid can be rescued or abandoned to their fate.

Left Alive is due next year for PlayStation 4 and PC and we'll be sure to cover it again once more details are released.