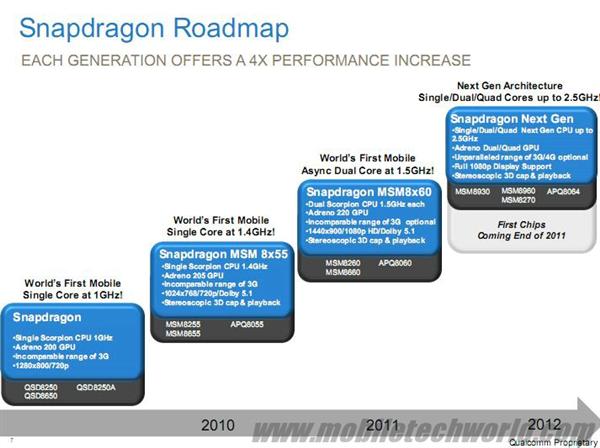 A leaked Qualcomm presentation has surfaced which includes alot of details on the upcoming Snarpdragon based chips. The new chips will include MSM8270, MSM8930, MSM8960, and APQ8064 all of which are based on the future Krait Architecture. The new chips will be five times more faster than the previous generation chips and will allow for "Console Quality" gaming with a graphics core four times as powerful as included in the previous gen. A demonstration at " MobileTechWorld's also showed the chip running not only 1080P native display along with 3D video output but also 7.1 Dolby Surround and a 20 Megapixel camera.

Qualcomm also stated that the chip will not only outperform the ARM Cortex A9 chip which is being used in Motorola Xoom and iPad 2 but also the upcoming Cortex A 15 chip which would be released during the same release time of Snarpdragon. They also said that a 28nm variant of the chip could allow for 23 percent more computing headroom than an A15 but chew 47 percent less power at the same performance. The chip would be made to allow speeds upto 2.5Ghz in both single and quad core based models.

As promised, The MSM8960 would come with built-in 3G and LTE-based 4G cellular hardware and would be given out as test samples to companies in late spring. The release date isn't official yet but its likely to go shipping in 2012. 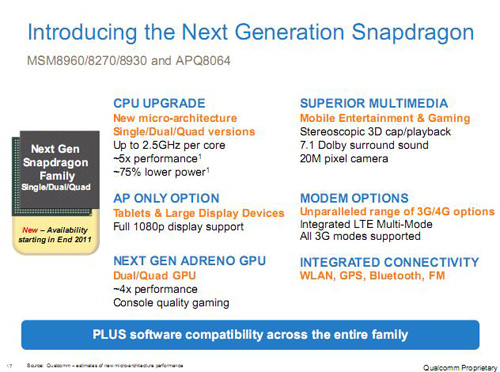 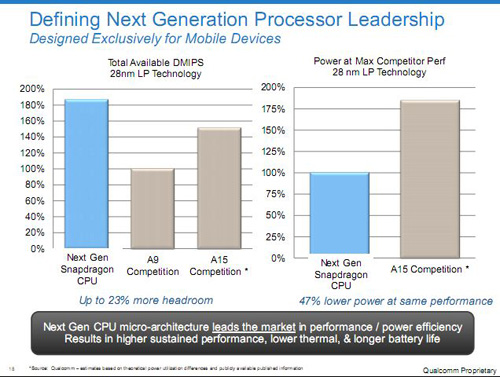