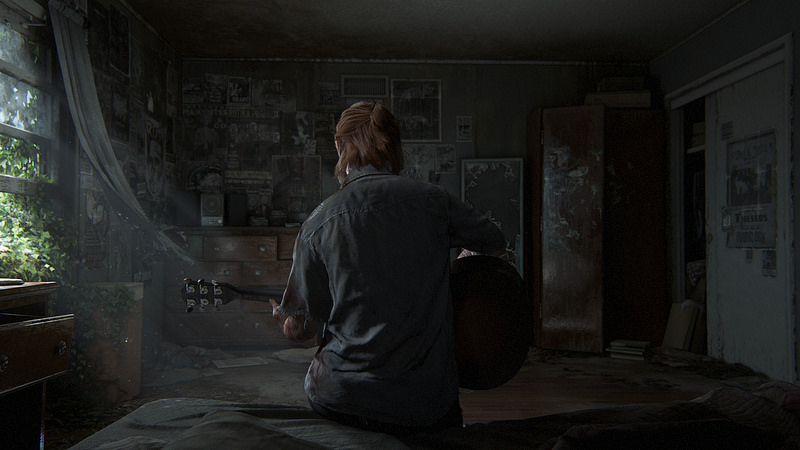 The Last of Us Part 2 release date might very well have been leaked by a Peruvian retailer, who has released a promotional poster for Naughty Dog’s upcoming sequel.

As spotted by The Loot Gaming, and later picked up by GamesRadar, Peruvian retailer Law Gaming recently released a promotional poster for the upcoming Last of Us sequel, which clearly mentions that The Last of Us Part 2 is launching for PlayStation 4 in October 2019. 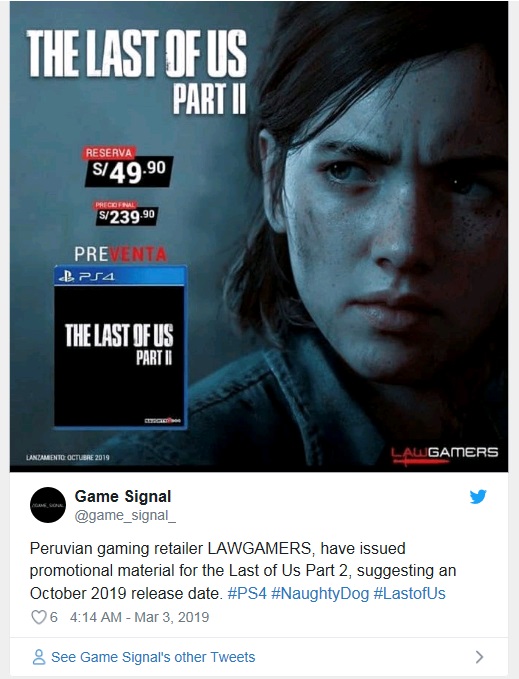 While it isn’t uncommon for retailers to mention placeholder release dates, an October release fits with recent rumors about the game’s release and Sony’s rumored impending PS5 announcement.

As expected, neither Naughty Dog or Sony has commented on this apparent leaked release date. As always, we will keep you updated once we learn more about The Last of Us Part 2.