L.A. Noire Spiritual Successor Whore of the Orient Not Likely to See the Light of Day 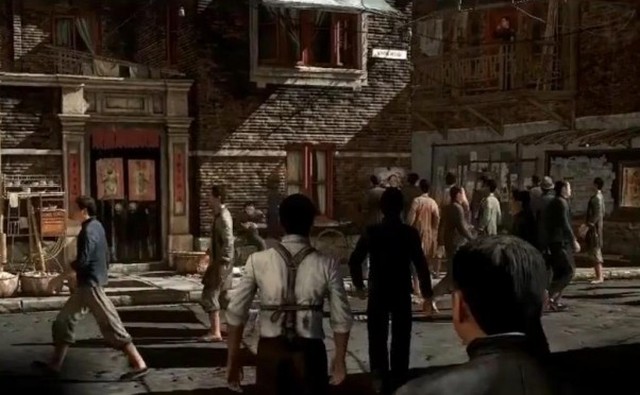 Whore of the Orient was expected to be the next big game from Team Bondi, a group of independent third-party game developers that were responsible for the development of Rockstar Games’ hit 2011 game L.A. Noire. In fact, the game looked to be structurally similar to the neo-noir detective video game, and was set to be a spiritual successor to it. But it has been nearly three years since we last heard of the startlingly-named title, and now it seems like we won’t be hearing about it in future at all.

Australian independent game developer Team Bondi have all but confirmed that Whore of the Orient, the Shanghai crime lark, is not happening. But the latest information clearly suggests that players might never get to play what was expected to be a follow-up to one of the most critically acclaimed, hit games released in 2011. When asked in a Gamehugs podcast (via a transcript from finder) whether the action-adventure game will ever see the light of day, Derek Proud, a former producer on the game, said "I don't think so,” he continued, “that was one of the games and one of the studios I kind of left right at the bitter end. When we got wrapped up." He explained:

“Well Whore of the Orient was the spiritual successor to L.A. Noire. We were going to use that tech and we were going to create a game set in the 1930s, maybe 1940s, of Shanghai. Shanghai was the only place in the world you could go to in the 1930s and 1940s if you didn’t have a passport. So everybody who was running from something went to Shanghai. The whole city was run by a gangster called Big-Eared Du and it’s just the most fascinating time, place and setting.

“And we were creating a game with all of that rich texture to it. And we fought for it. Brendan [McNamara – studio head], Alex Carlyle [design lead], Vicky Lord [general manager] and Naresh Hirani [project producer] all fought to keep that project alive. And I fought, too, it was something we were all passionate about. But in the end, that was the way it went.”

Whore of the Orient was announced in 2012 for Windows PC and the eighth generation consoles. The game was planned to take place in 1936 Shanghai, “the most corrupt and decadent city on the planet,” according to a since-deleted page on the developer’s official website. The developer even received a sum of $200,000 in funding from Screen NSW, a branch of the Australian government in New South Wales, to help in the development of the game.

After Rockstar Games released L.A Noire in 2011, Kennedy Miller Mitchell (KMM) – an Australian film company founded by Mad Max director George Miller – acquired the developer Team Bondi along with the intellectual property rights to its work, including Whore of the Orient. In early 2013, the production company was hit with layoffs, but KMM's Doug Mitchell said that the game was still in development. Since then, the team has been quiet about the game. Now we know what’s up.

Here’s some leaked footage from the apparently canceled game.