The first record is by far the most impressive where KingPin achieved a record overclock of Quad GeForce GTX Titan's at 1136 MHz core frequency on air. This goes off to show the impressive O.C potential of the new GK110 chips which some people had doubted at first. With this record overclock on air, a score of X18554 was achieved on 3DMark 11 extreme preset which is a world record itself.

The overclocking session didn't end here, second came the LN2 benchmarking where with some volt-modding KingPin achieved another record overclock of 1750 MHz core and 1707 MHz memory clock with an 1162 MV voltage. A score of P20990 was obtained with this configuration and is quite a score to get with a single GPU. There are more benchmarks and pictures of the overclocking session which can be found at kingpincooling forums and a few which we have posted below courtesy of the link provided above. Nevertheless, KingPin did a great overclocking spree with NVIDIA's latest graphical monster, the GeForce GTX Titan! 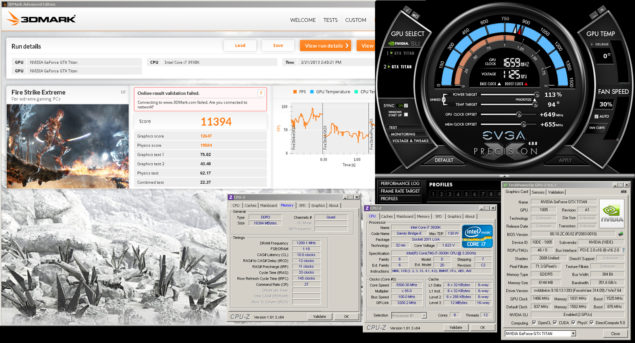 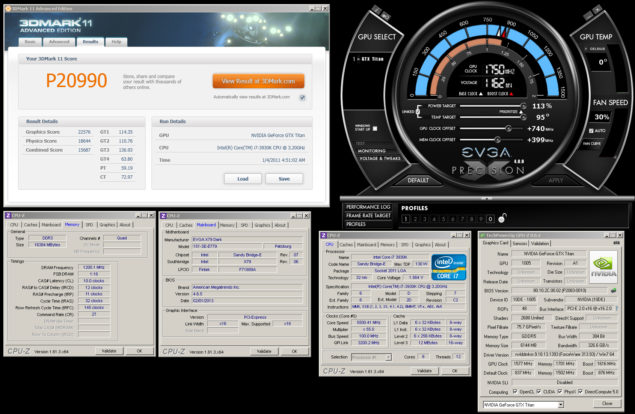 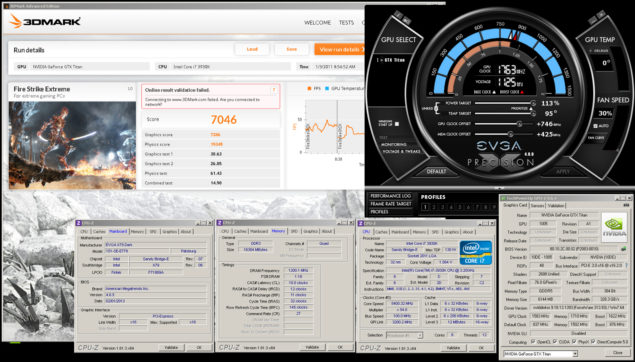 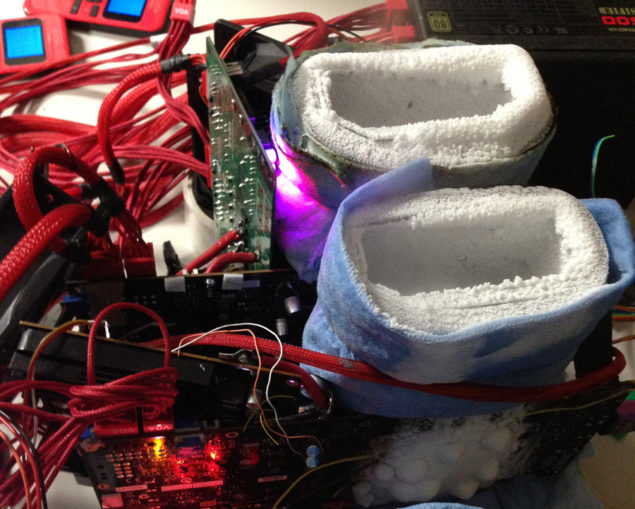 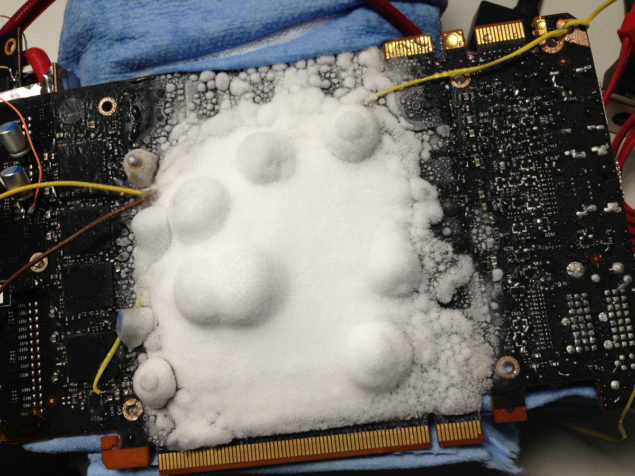