Killer Instinct Out Now on Steam; Priced at $29.99, Crossplay with Xbox & Windows Store 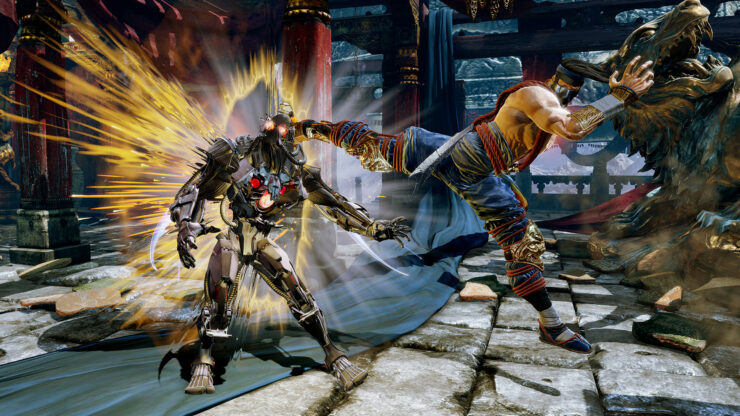 Iron Galaxy just dropped Killer Instinct on Steam, as previously announced. The game is priced at $29.99 (thanks to a discount that will be active until October 4th) and contains all the content released so far. It also supports crossplay with Killer Instinct on Xbox One and Windows Store, though there are a few limitations. You can find out a lot more information straight from the developers below.

Q: Who is the Steam version of Killer Instinct for?

A: We are committed to making Killer Instinct available to as many players as possible and creating a large, strong network so there is always someone to fight–er, play against. Gamers who purchase the game through Steam now have access to play Killer Instinct and even better, they can also play against players on Xbox One and Windows 10 (and vice versa) for the first time ever.

Q: What’s included in the Steam version of Killer Instinct?

A: Killer Instinct on Steam includes all seasons of KI –  all 29 characters (including the newly released Eagle, plus Kilgore and Shin-Hisako remix characters), all 20 stages, all costumes, all colors, and all modes.

Q: I own KI on Xbox /Windows 10, is the information from Xbox cross-saved to Steam?

Q: Is the game cross-buy? Does my purchased content carry-across platforms?

A: The Steam ecosystem is completely separate from the Windows Store and the Xbox Store, and therefore content does not carry across. We want to give gamers the choice of where to play – so if you love Steam and prefer to play with your Steam account, you now can.

Q: How can I play with my friends on Xbox/Windows?

A: Cross-Network play is limited to Exhibition, Lobby mode, and Shadow Lords MP, however, you cannot invite friends to compete in Exhibition if they are not on the same platform. The easiest workaround for this is to create a lobby, name it with specific parameters, and have players search for that lobby.

Q: Will my fight sticks work on Steam?

Q: Are skins included in the Steam bundle?

A: Because of the development process and a bunch of other jargon that is too complex for my simple mind, Steam includes ALL* of the skins released for purchase. Yes, every Terror and Gold Skin will come with this Steam bundle.

*This does not include promotional skins from Ultimate Source figure collection.

A: Killer Instinct: Definitive Edition, which includes the classic versions of KI and all the behind the scenes features is still only available for Xbox One.

That question about the skins may be raising some eyebrows. Currently, skin packs have been a purchasable product on Xbox and Windows. The reasoning behind having them bundled into Steam is beyond my developmental comprehension, but what I do know is that we didn’t have a perfect solution for everyone. Bundling them in with Steam means that those who purchased the packs may feel slighted. Leaving the packs out of Steam meant that a subset of players wouldn’t have access to the wonderful Gold & Terror skins. Ultimately we decided on the following, and most important part of this paragraph: all Gold and Terror skin packs will be free for KI: Definitive Edition owners in the coming days.

If you’ve already purchased the skin packs, we very much thank you, and hope you enjoyed using them to your heart’s content. Now you can enjoy any packs that you may have missed out on without having to purchase them (if you’re a DE owner – just reiterating). There are still a few remaining skin packs, and they will be rolled out in the coming months. Gold Skins for Rash, Kilgore, Shin Hisako, and Eagle. Be on the lookout!

That brings us to another point. We mentioned that DE owners would also be able to download Eagle, Kilgore, and Shin Hisako for free at a later date. That date is also today! If you haven’t done so yet, hop into the Xbox or Windows Store and download the additional characters.