Jury Sides with HP (NYSE: HPE) in Oracle (NYSE: ORCL) Lawsuit to the tune of $3bn 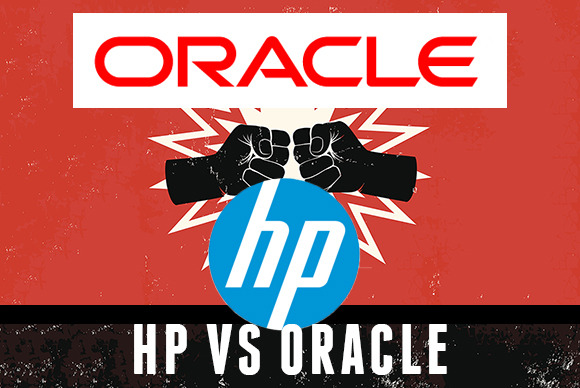 Oracle Corp ( NYSE: ORCL ) and Hewlett Packard Enterprise ( NYSE: HPE ) have been duking it out for years in court. The two titans of tech have had numerous bust-ups and make-ups with eachother in the past but the latest in the long running saga is over Oracle’s decision to stop developing software for Itanium based systems way back in 2011.

Well last week, things inched agonisingly closer to the finish line, or so it seemed. Although the original court case to determine whether in fact Oracle had a contract with HP and hurt its business took place and was won by HP in 2012, today marked the verdict by the jury to determine how much HP should be awarded in damages and came to the conclusion that a few billions was the right way to go.

Great! HP can get its money and move on to other court cases right? Not so fast. Oracle general counsel Dorian Daley feels that they still have a case given that Oracle have apparently been providing the latest versions of their software for Itanium servers since the outcome of that original court case in 2012 and are intending to appeal both the £3bn in damages as well as the original court ruling finding them in breach of contract.

So much for a speedy ruling, but then again, we’re not exactly talking chump change here.

The State of Play

HPE has a reasonable balance sheet, but do keep in mind that the old HP was split last year into HP Inc ( NYSE: HPQ ) which is more focussed on consumers as well as HP Enterprise which handles the servers and majority of the services business, so although it’s still huge, it no longer is the juggernaut it once was in the computing and services space following the split. HPE reported net earnings on Thursday at $320m compared to $305m for the same quarter last year. It finished the day up 1.2%

Perhaps more importantly, also remember that HP is still fighting its legal battle in the UK against the former CEO and CFO of Autonomy following its disastrous purchase of the company in 2011 and subsequent write-down of almost $9bn in the value of the acquisition a scant 15 months later and battle in that case doesn’t resume until 2018.

Oracle was trading down over 5% during pre-open once the damages amount was made public but quickly recovered to finish the day flat indicating that although the amount is significant to the company, there are in all likelihood several years still to go until the courtroom battles have been fully played out.

For those who have faith, Oracle sold $14bn worth of bonds last week without difficulty even in the wake of Brexit and general analyst downgrades of earnings expectations for the 2nd half of the year in the S&P 500 ( INDEX: .INX ) due to the relative strength of the dollar showing that investors appetite for strong corporate bonds remains undiminished and in all likelihood still a relative safe haven.

Become a Well-Paid Oracle Database Administrator with This Training Bundle