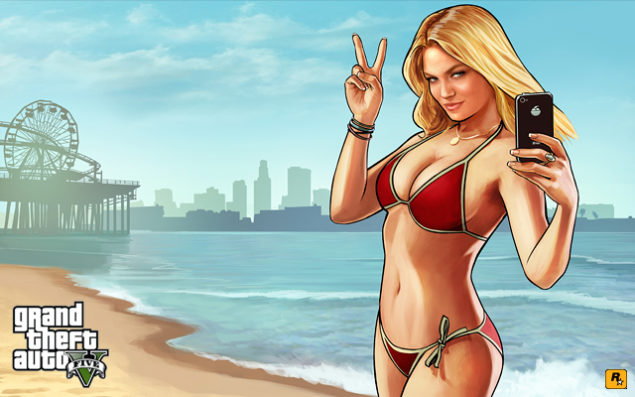 Ever looked at your Grand Theft Auto V disk and thought 'clearly this product is endorsed by actress Lindsay Lohan'? Maybe you've not had the chance, because of the mountain of Mean Girls fans emptying out stores under the assumption that Lohan is somehow linked to the sandbox title.

The Freaky Friday starlet reckons the latest title in the long running franchise violates her rights. She's claiming that a likeness of her was used in advertising and merchandise for the game and that she was the inspiration for Lacey Jonas, a character who you assist in escaping the paparazzi.

Rockstar's defence in the case was that it was legally meritless and that New York's privacy law against likeness misappropriation doesn't cover works of art.

But that wasn't enough to convince New York Supreme Court judge Joan Kennedy, who said she couldn't rely on Rockstar's documents aiming to show the images in question aren't of Lohan. The actress's statements was enough, Kennedy thought, to deny dismissing the case.

The shock ruling means that Lohan is now free to continue with her claim that Rockstar have unlawfully used her likeness.

The case was launched back in 2014, when the actress filed a 67-page complaint against Rockstar. 45 pages were dedicated to photographs, including one of the main advertising images including a girl in a bikini standing on a beach.