The Jotun, in Norse Mythology, are giants that live in Jotunheim, one of the nine worlds in the Norse universe. The Jotun have a vast back story, something that motivated Thunder Lotus Games, in using the Jotun race as their inspiration for their game, similarly titled, Jotun. 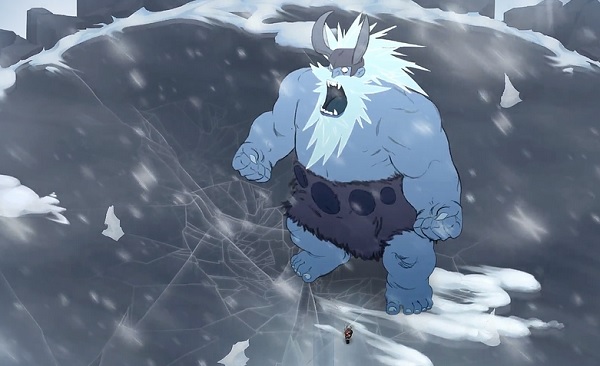 “We’ve always loved old stories, centuries old stories like Beowulf, The Divine Comedy,” said Jotun’s designer, Will Dubé. “So when we were doing research for game ideas, Norse Mythology was something that really caught our eye and caught our attention. The crazier the stories get, the cooler they get… I mean they have cows with poisonous rivers coming out of their utters. We just thought it was a really interesting setting for a game.”

In Jotun players take the role of Thora, a Viking stuck in purgatory

In Jotun, players take the role of Thora, a Viking who after dying is stuck in purgatory. She's tasked with defeating five Jotun, in order to please the gods and be permitted entrance into Valhalla. The game is an action explorer that resembles a hack-n-slash, but actually incorporates a lot of depth into its gameplay.

Jotun though, stands out greatly because of its unique art style. The game is entirely hand-drawn, reminiscent of animated movies from the 80s, and looks absolutely incredible. 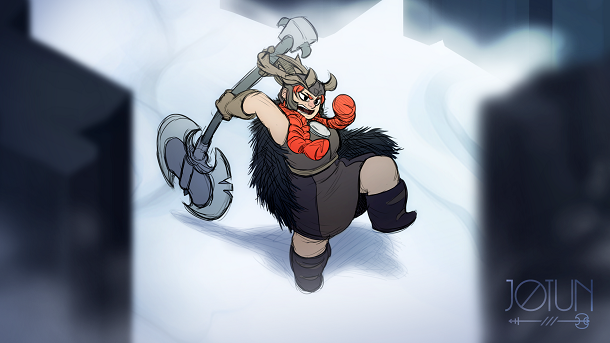 "It's something that really unique," he adds after a chuckle. "Frame-by-frame animation; not even Disney does it anymore. At the same time it has a very human quality; you can see every stroke. Some games do it well, but it's not super-explored in the games medium. So we thought it was a cool place to take the game."

The demo shown at PAX East 2015, found Thora in an icy region, where she summoned a massive Ice Jotun. Thora had a light attack, a heavy attack and a dodge roll. It also included a combo, of the dodge and light attacks.

In Jotun movement has weight and relies on perfect timing

Thora also has some weight to her, with relatively slow movement and a big force behind even her basic attacks. You have to really look for holes in the enemy's movements and time your attacks perfectly.

"The gameplay is a bit slower," says Dube. "We're really finding ways to give weight to your axe. You have this huge two-handed axe and we want you to think about how you should be using it. What you should be attacking, timing, positioning." 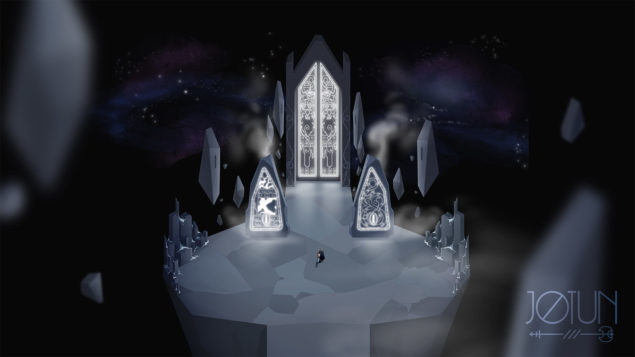 Jotun is indeed very much reminiscent of old-school Nintendo titles, where you had to keep playing to get past a certain boss. Thora will be rewarded from the gods with additional powers later in the game, Dubé confirmed.

"The gameplay revolves around, on one side, the exploration aspect," explains Jotun designer William Dube. "You go through Viking territory and you find runes, when you use those runes to summon and fight the Jotun. It's a boss battle-based game."

Jotun will be coming to steam in September, with possible console release later in the year. We will bring you any additional information on Jotun as soon as it becomes available.