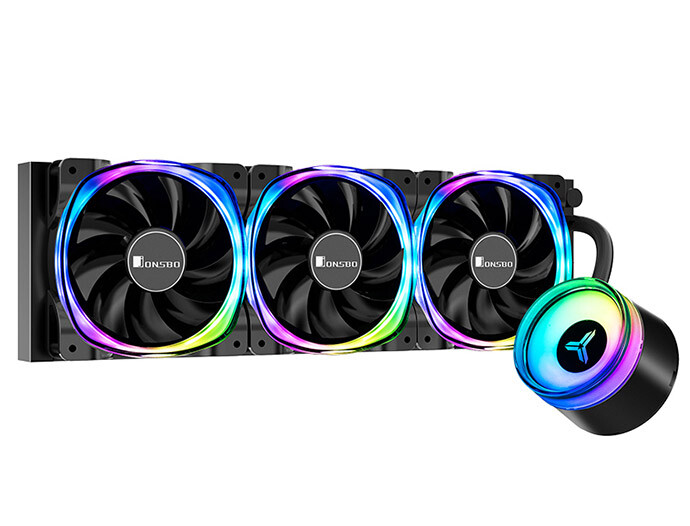 Jonsbo has announced the TW2 PRO AIO Cooler, which comes with a 360 mm x 120 mm radiator and features three 120 mm fans to cool the radiator easily. This 360 AIO cooler features RGB LEDs on both the CPU pump block in addition to the RGB LED ring surrounding the fans. The CPU pump block features Jonsbo's logo, also being illuminated by the RGB LEDs. These RGB LEDs allow the internals of the PC to be easily illuminated.

Jonsbo announces the TW2 PRO AIO Cooler, which is a 360 mm AIO cooler featuring fans that have a noise maximum of 26 dBA as well as a maximum speed of 1,600 RPM. This AIO cooler features many RGB lights on both the CPU pump block as well as the ring surrounding the impellers of the fan

Jonsbo's TW2 PRO AIO Cooler comes with some fantastic features like the fans offering an RPM speed from 800 to 1,600, which provides up to 42.8 CFM of air. These fans also produce 26 dBA of noise at 100% load. Since this AIO cooler produces little to no noise, this makes it a perfect addition to virtually anyone's computer, and since this AIO cooler is stated to support both Intel's and AMD's popular sockets, the LGA115x and AM4 respectively. 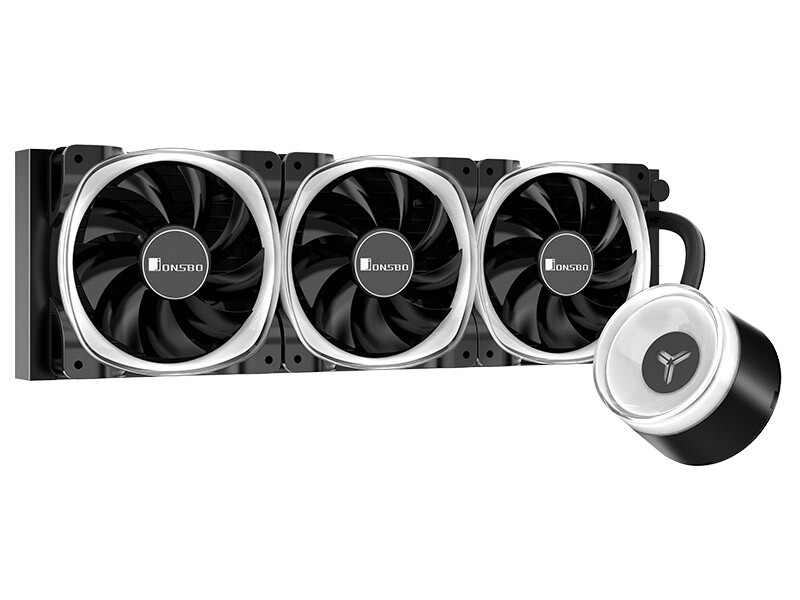 This AIO cooler has some fantastic RGB lighting, and this includes the CPU pump block, as well as the attached fans, feature RGB lights on the rim rather than on the fan or the fan's hub, unlike conventional fans. The RGB ring features a total of eighteen diodes per fan, easily illuminating the rest of your PC components. The impellers of the fan are instead a glossy black, which easily allows this AIO to fit into virtually any color scheme. These RGB lights aren't just limited to the attached fans. On the CPU pump block, there is a circle which features RGB lighting. In that center, there is the Jonsbo logo that features RGB lighting and is surrounded by a smaller black circle.