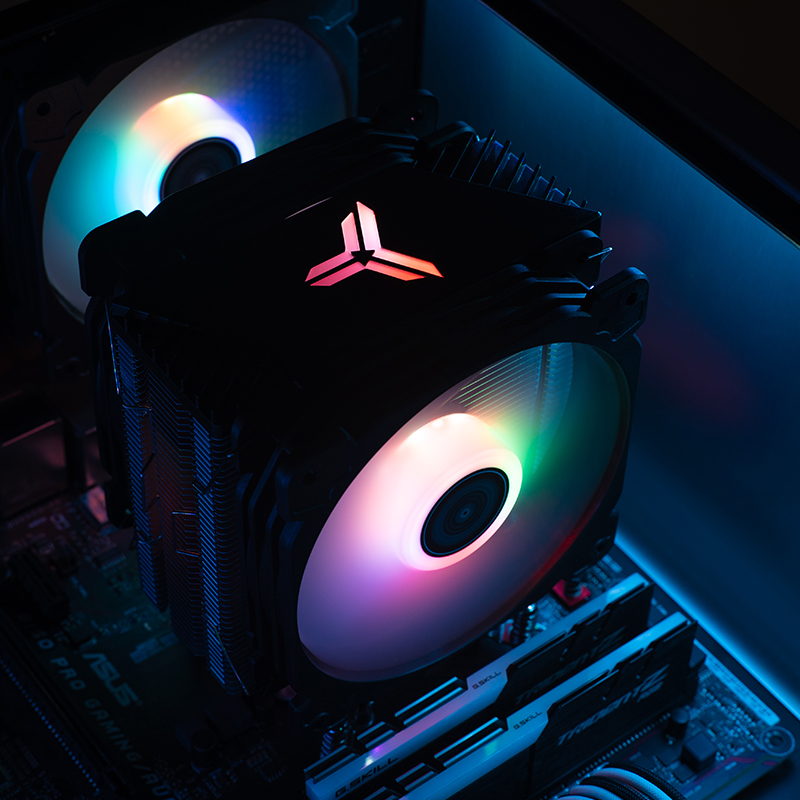 Jonsbo Introduces the CR-1000 PLUS CPU Cooler that offers some fantastic features, like an all-aluminum fin-stack, four 6 mm-thick copper heat pipes, and dual 120 mm fans which have been arranged in a push-pull configuration. This CPU cooler also features RGB support that easily lights up the rest of your system, and these lights are located on either 120 mm fan and on the top of the CPU cooler that has the Jonsbo logo.

The CR-1000 PLUS CPU cooler features a total of four 6 mm-thick copper heat pipes that make direct contact with the CPU integrated heat spreader. This type of technology allows for better thermal transfer of the heat generated by the CPU to the fin-stack. 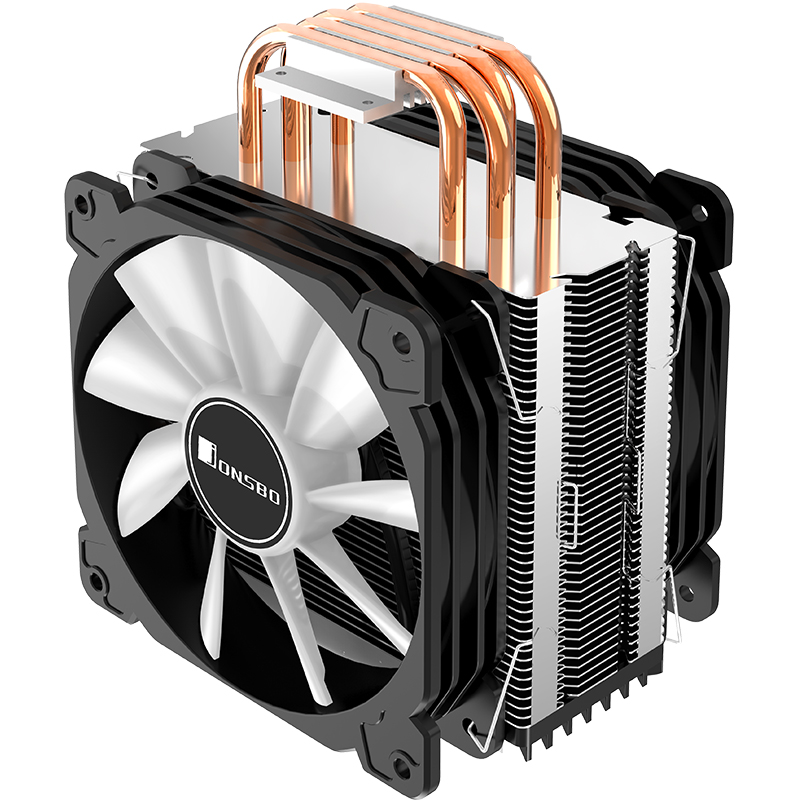 This all-aluminum fin-stack features great thermal transfer and is cooled by the dual 120 mm fans that have been configured in a push-pull configuration. This configuration is perfect for cooling down the fin-stack.

The included fans each take a single 4-pin PWM input and features a speed ranging from 700 to 1,500 RPM. These fans also allow an air-flow ranging between 26.1 to 57.35 CFM at the maximum speed. These fans make a total of 31.2 dBA at the highest setting allowing for overall quiet operation. 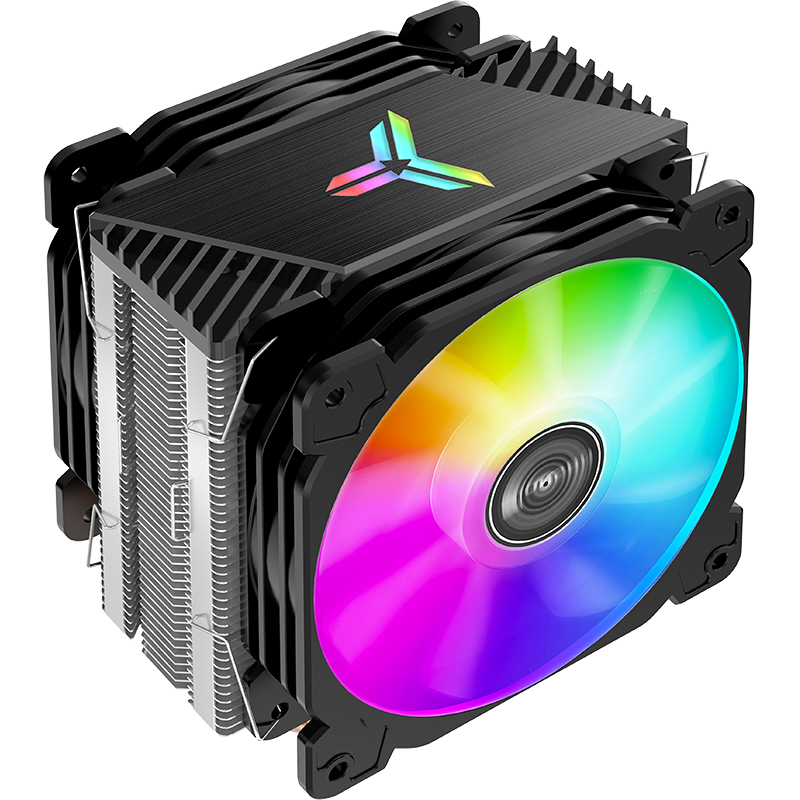 These CPU coolers feature support for both Intel's and AMD's platform, and the supported Intel sockets are LGA775 to the LGA1156 while the AMD sockets range from FM1 to the most current socket, the AM4 socket.

This CPU cooler is effectively a CR-1000 CPU cooler with a secondary fan attached, some differences between the CR-1000 and the CR-1000 PLUS is the PLUS version features a quieter maximum noise level as well as a slightly slower top fan speed.