An engineer in Taiwan recently made headlines when he shared his relationship troubles on social media. A report from the Taiwanese publication United Daily News (UDN) revealed that the engineer working in the island's Southern region was advised by his significant other that he should switch his company and start working for the Taiwan Semiconductor Manufacturing Company (TSMC) if he wants to afford marriage and starting a family. TSMC is the largest company in Taiwan, and as it has diversified its global customer base, the company pays high salaries when compared to others in the region.

The UDN report quoted an individual posting on the Taiwanese social media platform Dcard where he asked viewers whether it would be possible for him to work at TSMC. In the post, he shared that right now he is earning NT$80,000 per month, for an annual salary of NT$960,000.

The original poster (OP) outlined that while he would like to work at the fab, his educational qualifications might not be enough since the company mostly hires those with a Master's degree or a Ph.D. His additional salary, according to the girlfriend, is insufficient to get married, start a family and buy a house.

In response, other users gave several replies, most of which sympathized with the engineer. One of them pointed out that an NT$80,000 monthly salary was much higher than what he was making at TSMC, with the TSMC employee managing to bring in NT$60,000 per month.

Others provided solutions on how the OP could improve his career prospects by learning new skills or starting a side business. Some even suggested that he try to negotiate a salary increase.

The anonymous user also shared that his girlfriend did not have her own job and has switched careers herself to insurance. His post also implied that he has paid her NT$46,000 for the two months that she was unemployed. 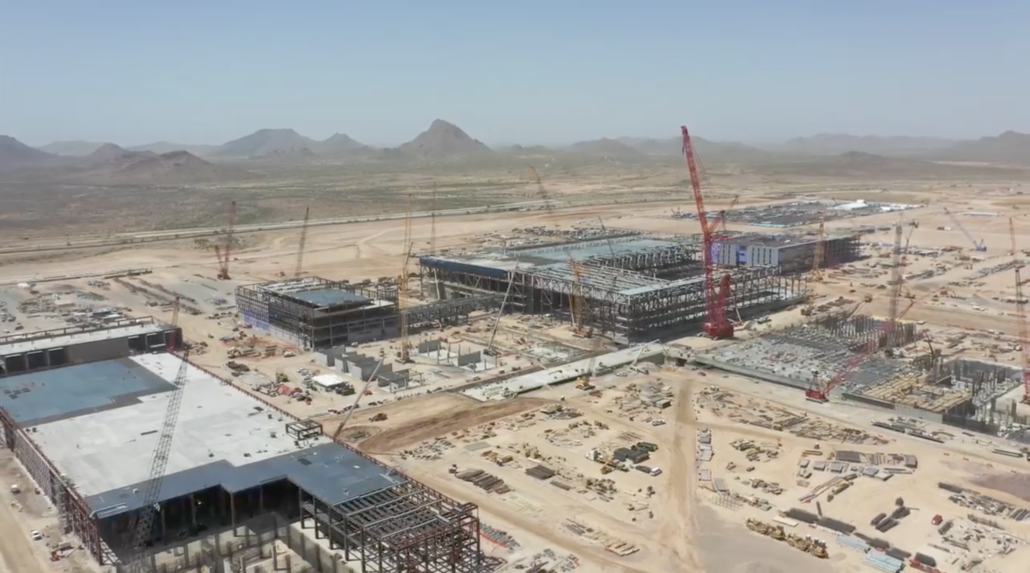 TSMC is building a fab in Arizona, U.S. and expects it to start making chips in 2024. Image: Taiwan Semiconductor Manufacturing Company (TSMC)

Other users were harsher in their replies. One of the first responses to the engineer advised him to break up with his girlfriend as it was wrong for her to ask him to earn more. Another told him to ask her to earn the extra money herself.

The OP was also warned that he was placing himself to be ''slaughtered'' by girls if he continued to believe that he should be the only one contributing financially.

Some users also doubted the authenticity of the post and claimed that given its working schedules, only TSMC would recommend working at TSMC. Naturally, the nature of social media makes it difficult to accurately gauge if a post is real or fake.

TSMC is currently building a factory in the United States, and its founder Mr. Morris Change has highlighted on several occasions that salaries for American employees are higher than their Taiwanese counterparts. As for our engineer, Taiwan's GDP per capita is around NT$82,000 per month according to some estimates, still below what another user in the Dcard believed is needed to start a family on the island. The user agreed with the OP's girlfriend and shared that he believes one should earn at least NT$100,000 per month before getting married.