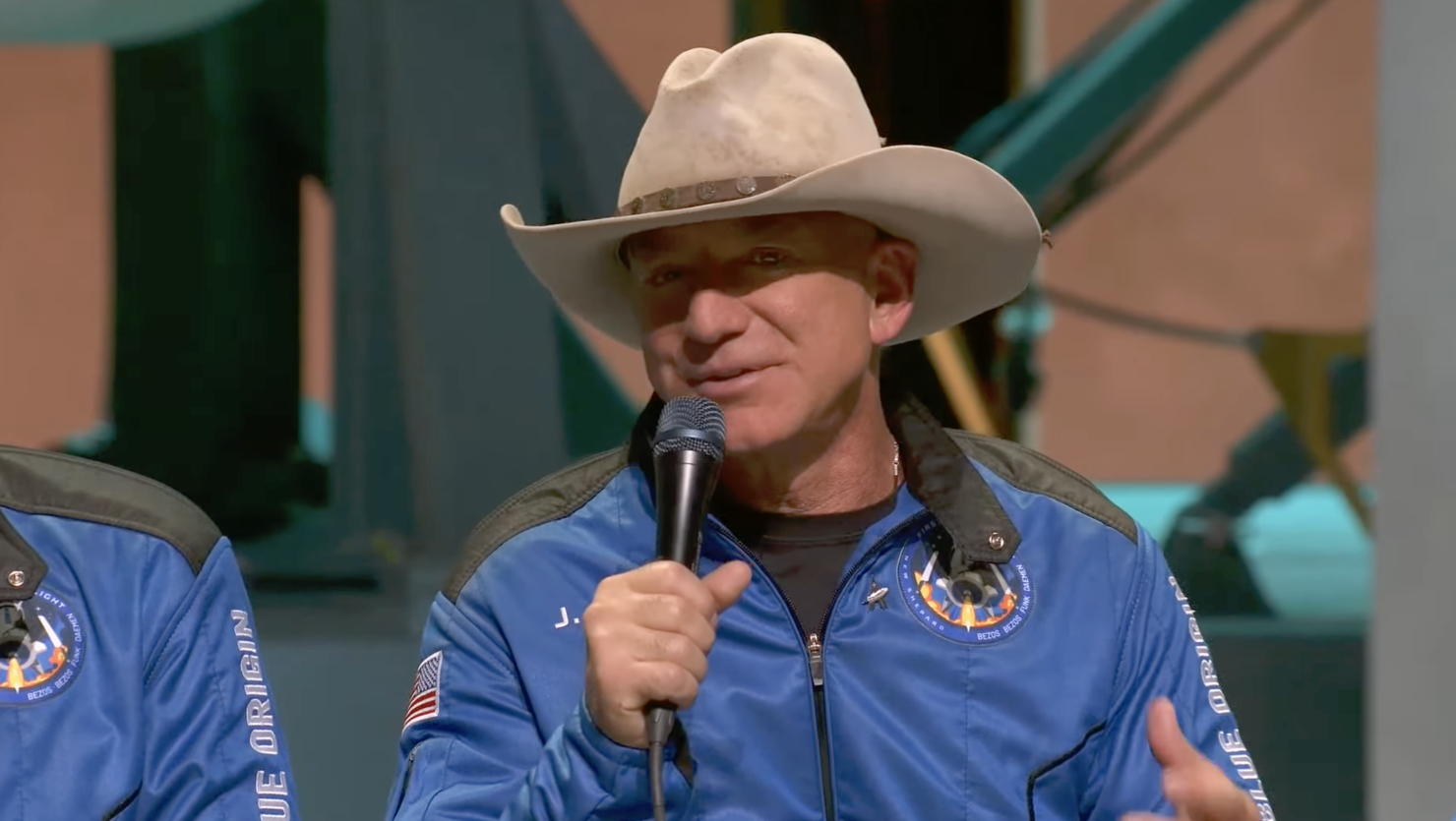 Retail billionaire and founder of Kent, Washington-based aerospace launch services provider Blue Origin Jeff Bezos and his brother Mark Bezos described their experience onboard Blue Origin's maiden crewed New Shepard mission which took to the skies earlier today in a post-landing interview given to MSNBC. The duo, who were joined by veteran aviator and pilot trainer Wally Funk and eighteen-year-old Oliver Damien during their maiden voyage beyond the Karman line on the New Shepard, kicking off operational crewed flights for Blue Origin's rocket and capsule, which intend to take researchers and others beyond the atmospheric space boundary as part of a growing space economy.

The two Bezos spoke to MSNBC's Stephanie Ruhle after returning to Earth, with the retail billionaire describing his experience on the vehicle as surreal. Jeff Bezos' statements about his experience watching the planet from space reflected those made by National Aeronautics and Space Administration (NASA) astronauts, as he commented on the beauty of the planet and stressed that all heavy industry polluting the planet needs to be put into space.

It's amazing, there are no words it was a perfect mission, we were...I'm not talented enough to put this into words, the accelerating G Forces and how that felt your skin pulled back and pushed into the seat, and then zero-G comes so suddenly and then you're just floating. My brother pointed out in the car back that it feels like we're almost evolved it's like effortless, comfortable it's not weird at all it's very nice.

The brothers also recorded a greeting for their mother during their flight, and Mark Bezos described the opportunity as:

First of all just meant a tremendous amount to me to be able to represent my mom and dad, our sister Kristina in being there to celebrate lifelong dream come true. And I can tell you we actually, we decided to uh do a little [SHOWS LEFT PALM WITH HI WRITTEN, JEFF SHOWS HIS WITH WOW WRITTEN] and we did a little 'Hi Mom' in zero-G.

Jeff: One of us was upside down in zero-G. Hopefully we got it right.

Mark: We don't know if it came out. We'll have to go again if it didn't come out right.

Jeff: It could be Hi Wow if we got it wrong.

Commenting on the need to reduce pollution on Earth, Jeff highlighted that the mission reinforced his commitment to climate change and the environment.

We have to build a road to space so that our kids and their kids can build the future…when you get up and there you see it, you see how tiny it is and how fragile it is, we need to take all heavy industry, all polluting industry and move it into space, and keep Earth as this beautiful gem of a planet that it is. That's going to take decades and decades but you have to start. And big things start with small steps. And we need reusable rocket vehicles. And we need to practice with them. And that's what this suborbital tourism mission allows us to do, is to practice over and over.

During a post-flight press conference, Bezos also thanked all Amazon employees and customers for enabling him to make his journey into space. Thanking them for