This Jailbreak Tweak Lets You Prioritize WiFi Networks on iPhone 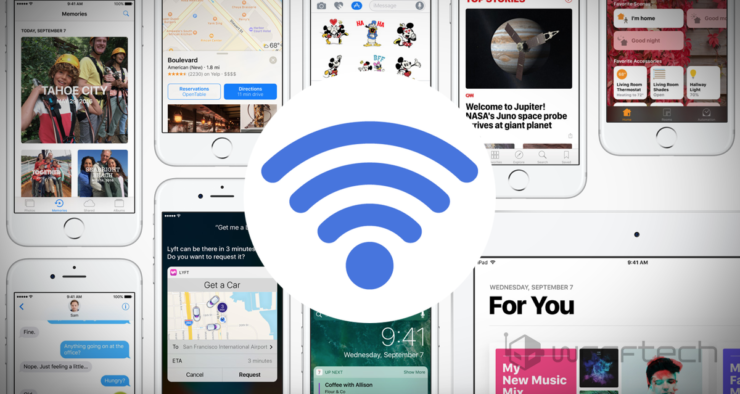 A simple jailbreak tweak that goes by the name of PreferMyFi 2 lets you prioritize WiFi networks on iPhone with utmost ease.

Connecting to WiFi is a pretty much straightforward affair on an iPhone. But for power-users, it might not just cut the mustard at all. For instance, you can't prioritize networks directly from an iPhone, until or unless you are in the ownership of a Mac. But if you still want to pull off this feat, you need to have a jailbroken iPhone with you. And a particular tweak installed that lets you do such a thing.

With PreferMyFi 2 installed on your iPhone, you will be able to prioritize WiFi connections according to your liking. But how this tweak actually works is absolutely amazing. First you head over to the Settings app to tinker around with the options at hand, and you get to select two WiFi networks to prioritize. If you are connected to either one of them, and it fails for whatever reason, your iPhone will automatically connect to the second one. Such a thing works best in a situation where you are inside a building with multiple access points and see yourself switch between them when you move around. So instead of connecting manually to those access points, you can simply walk around as you normally would without worrying about anything at all.

The PreferMyFi 2 is a free jailbreak tweak and can be downloaded from the BigBoss repository in Cydia. I suggest giving this one a shot and see if it works out for you. There's nothing better than a little piece of software doing all the legwork for you while you focus on other tasks at hand.

The future of WiFi is without a doubt 'mesh.' And given that we are slowly clouding our homes with such a thing, the PreferMyFi 2 tweak deserves a place on our iPhones due to many different reasons. Especially when it comes to schools where WiFi tends to be shoddy at best.

Who knows this brilliant tweak might just save your day!