A very interesting survival game has been revealed today, a new game coming with plenty of unique features which will be released on PC and Xbox One later this year. 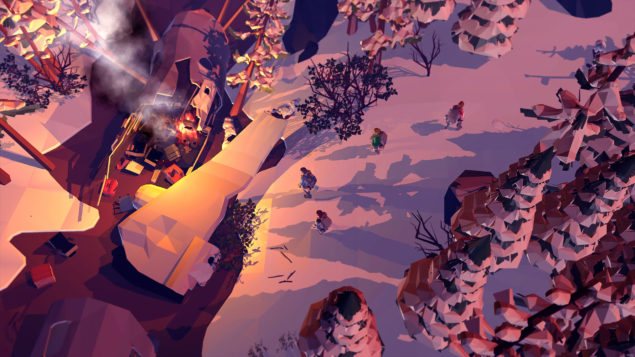 The new game is called The Wild Eight and it will be an isometric survival horror with a big focus on multiplayer.

In no time everyday life of eight people changes forever. They have just survived a mystic plane crash and now find themselves in the middle of horizonless winter forest in Alaska. An unknown world full of challenge and danger surrounds them. You are one of the survivors. Act on your own or join efforts with other players and do your best to get back home!

The Wild Eight also seems to be heavily focused on the survival elements, with players having to work together to survive in very harsh conditions such as low temperatures at night and dangers of all sorts, like mutated wolves and more. There will also be plenty of mysteries to uncover and puzzles to solve, so it seems like the experience will be quite varied. There isn't a whole lot we know about The Wild Eight at the moment, surely, but what we know sounds quite interesting.

The Wild Eight has received a few hours ago its first trailer, which sets the tone for the whole adventure. You can check out the new trailer right below. You can also find some screenshots below the game's reveal trailer.

The Wild Eight is currently in development for PC and Xbox One and it will be released later this year. More information on the game, as well as additional screenshots, is now available on The Wild Eight official website.