The Apple media event is live right now and EnGadget got their hands on a revamped version of one of Apples oldest MP3 player series, despite the iPod Nano series being so old Apple still makes up new designs for their iPod, this time I have to say they have REALLY out done them selves the new design of the iPod nano is simply AMAZING I wasn't a huge fan of the current generation of the iPod Nano's but if the price is right for one of these new babies I will definitely grab one.

Obviously this generation of iPod Nano's will use a touch screen interface although the screen is a 4:3 square making it bad for watching videos it is still a good buy for the music lover on the go. For once the iPod Nano is finally in a shape which suits its name! 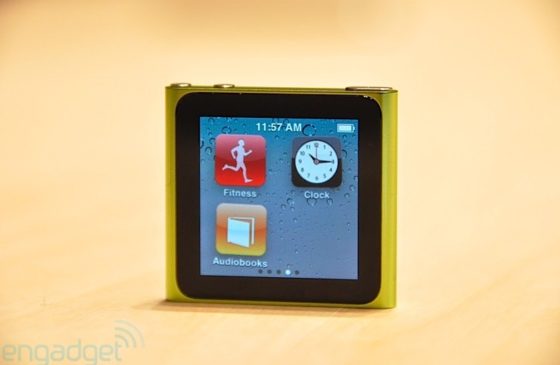 You can view A LOT of images on the iPod Nano at the source.