Apple TV recently reached all the consumers and while no one was expecting anything special from it, well it was quite the surprise to all of us, 9to5 Mac was able to dig into the firmware of an Apple TV and make a shocking discovery which might reveal Apple's plans for future iPhones and even a mysterious device.

In Apple lingo the iPhone 4 is actually the iPhone 3.1, as you can see from the attached screen shot iPhone 3.2 and 3.3 are there as well (iPhone 4G and iPhone 4GS anyone?) and if you look below iPod 4.1 you will see "UnkownDevice" with Product ID of "20547", Considering Apple just refreshed their line of iPod Nano's and Touch's with newer models it hard for me to see that they are releasing a new iPod. Maybe this is a hint to a newer iPad? 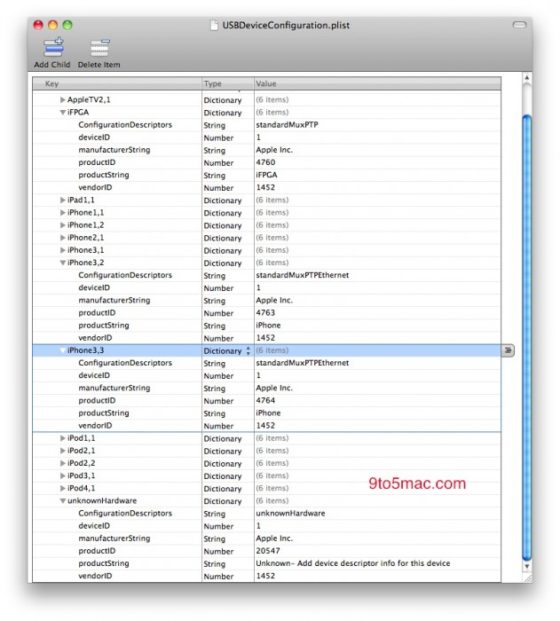 Maybe its a whole new device such as the rumored camera Apple is working on. But until future news, Product ID 20547 will remain a mystery.