A new day and a new iPhone 7 concept has knocked on our doorstep, and this one's quite intriguing as it features all the hallmarks of a beastly smartphone, such as a mighty selfie camera, as well as a waterproof housing! 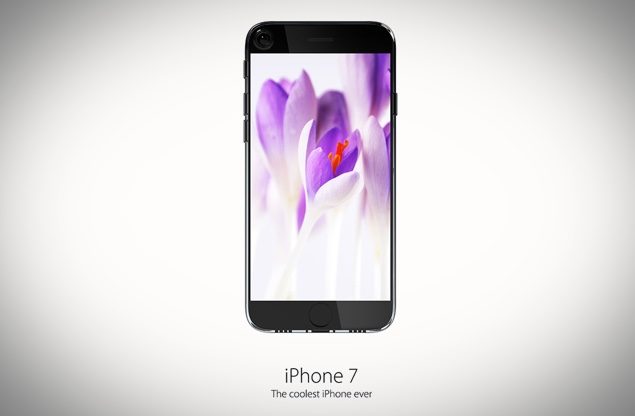 Apart from the overkill features, this iPhone 7 concept features a pretty sane design, and something on which we're ready to throw our money on. It has no antenna lines whatsoever, with a sapphire glass frame for ultra solid structural rigidity, topped off with touch sensitive static buttons.

Check out the concept in its full glory down below and see for yourself what Zoltan Major has conjured up.

Instead of imagining the iPhone 7 with a powerful rear facing camera and a crippled forward facing one, the designer went all out and gave the handset a 12-megapixel shooter on both ends, making sure that things lie in the higher quality spectrum when you're snapping any type of photo, may it be a selfie or a landscape.

Apart from the powerful cameras, the iPhone 7 concept features optical zoom, allowing users to get as creative as possible when taking photos. Although such a feature will likely never make the cut in an iPhone any time soon, but optical zoom on a handset really tickles our fancy.

The iPhone 7 concept is imagined to be waterproof, allowing you to go further with your smartphone rather than limiting yourself to dry land. Just imagine the possibilities with a waterproof iPhone.

Last but not the least, the iPhone 7 concept is imagined to come in five color options - Silver, Space Gray, Rose Gold, Blue, Titanium. And while we do welcome the new color options, but we believe it's time Apple brought back the Black & Slate color option which made a dramatic entry and exit with the release and discontinuation of the iPhone 5.

We're pretty certain that the real deal iPhone 7, bound for release at the end of this year, won't look anything like this concept. But it's great to see designers throwing in an amazing amount of effort imagining what future smartphone hardware from Apple may end up looking like.

In a lot of cases though, certain designers get a lot of things right when it comes to predicting future hardware releases from Apple. Who knows, we might stumble upon gold in a few days, so stay tuned to our coverage!