Apple today has announced the iPhone 14 and iPhone 14 Plus as part of today's event. The phones come in a new color lineup starting with midnight, starlight, blue, purple, and red.

The biggest change here is that the iPhone 14 Plus comes with large 6.7-inch screen size, which is the same as the Pro Max, and the base model offers a 6.1-inch screen. The 6.7-inch model will be the same size as the previous Pro Max variant. Although you are not getting the Pro features, you are getting a bigger iPhone at a more affordable price tag.

Both the iPhone 14 and 14 Plus are powered by the A15 chip, this is a six-core variant previously found in the iPhone 13 Pro.

The iPhone 14 and iPhone 14 Plus feature a new dual camera system. The main camera now offers a larger sensor to take in more light and produce better images with more detail and less noise. On the front, you are getting the better low-light performance and autofocusing for the first time. In addition to that, the new iPhones are also getting a new Action mode with advanced stabilization, making it even better for videographers.

In addition to that, Apple is also pushing eSIM this year, which means for U.S. models of iPhone, the SIM tray is no longer included in the body, which limits the customers to use the iPhone with just the eSIM.

Moving further, Apple has also introduced a new safety feature to the new features called the Emergency SOS via Satellite. The feature utilizes custom components in the iPhone antenna and specialized software and connects to communication satellites. The feature will be available for free for two years in the U.S. and Canada starting this November. 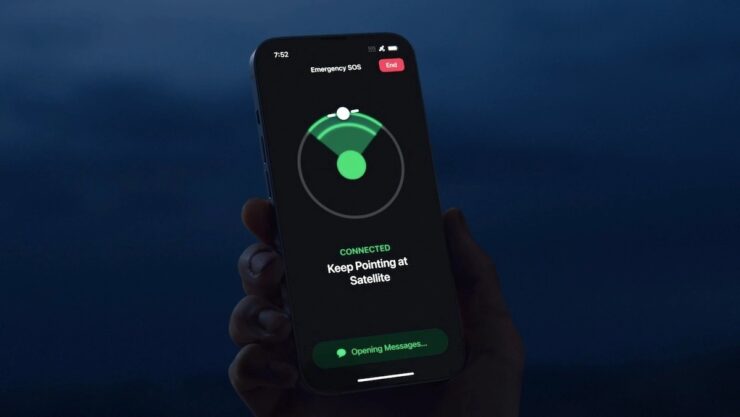 Apple is also upgrading the image processing pipeline and will now apply its Deep Fusion algorithms earlier in the pipeline. Apple is calling it the 'Photonic Engine' and boasts up to 2x improvement in low-light situations. The new camera details and features include:

The iPhone 14 will go up for preorder this Friday, September 9, and will go on sale around the world starting September 16. However, iPhone 14 Plus will be available in October.