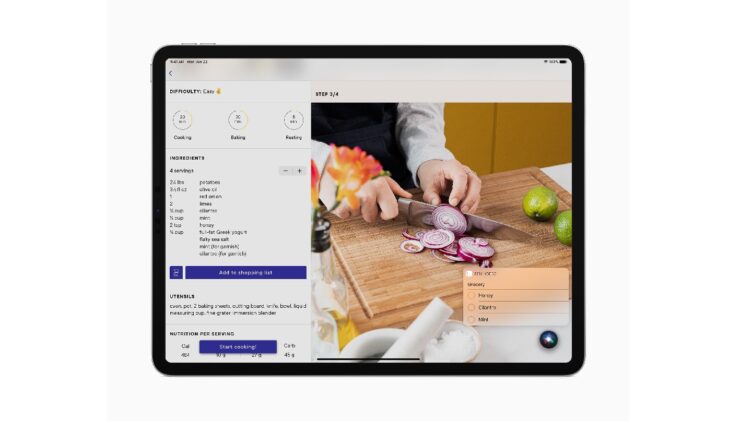 Yesterday, Apple seeded the sixth developer beta of its upcoming iPadOS 14. However, a seemingly minor change that went unnoticed was introduced with beta 5. The new feature narrows down to the ability to use Siri simultaneously with other apps. Currently, when you initiate Siri, you can not interact with any app as the Siri interface would take the entire screen.

On iPadOS 14, Apple bestowed the operating system with a compact UI that takes a very little portion of the display. A Redditor posted the video of iPadOS 14 beta 5, showing the ability to interact with apps while using Siri. However, take note that the functionality is still very limited as you cannot type while talking to the virtual assistant. Other than this, in some apps, you can not scroll. Nonetheless, this can be easily fixed in future beta versions.

This is a very small change but allows for multitasking and this is what iPadOS is all about, making it compete against computers. In terms of functionality, this will allow you to get more work done at the same time. For instance, you can control your HomeKit devices while working on your documents.

[iPadOS14 Beta 5] Now you can interactive with apps in the background while talking to Siri. from iOSBeta

At this point in time, you do not have this option on the iPhone. It is unclear if it will arrive on iOS 14. However, if you're an iPad user, you will find the feature very interesting and above all, it will bring the iPad a step closer to a computer.

iOS 14 is still in the beta phase and there are numerous changes and additions still on the way. We will update you guys as soon as developers are done tinkering with the latest build. As for now, what do you think about the new change? Let us know down below.