iPad Pro Vs Every iPad Ever Released – Speed Test (Video)

Here's a speed test comparison between the iPad Pro and every other iPad ever released to date by Apple. 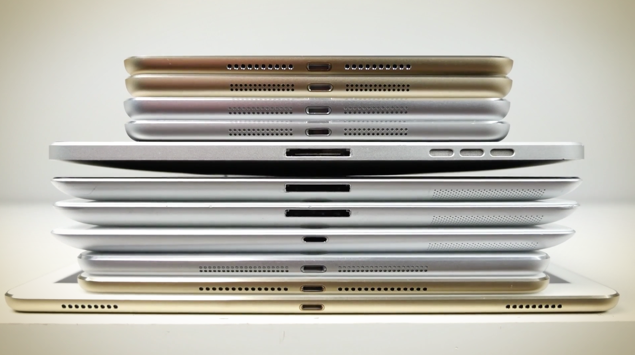 When it comes to the iPad lineup, Apple has made huge strides in terms of design and core functionality. While the basic structure of the design has been the same, allowing more focus on the display itself, but in terms of performance, the company has outdone itself in a million ways. This notion is more prominent when you pick up the iPad Pro and compare it with every tablet Apple has released in the past, including the original iPad.

The iPad Pro is the first device in the iPad lineup to boast a screen larger than 9.7-inches. With a panel size of 12.9-inches diagonal, Apple is aiming the iPad Pro at 'pro' users. And to sweeten the deal, Apple has tossed in extra bells and whistles under the hood as well, such as a powerful A9X chip as well as 4GB of RAM. Apart from that, the iPad Pro is an iOS device which packs the most pixels on the display as well. In other words, the iPad Pro is a beast of a device when compared to every other iPad every released.

EverythingApplePro on YouTube saw it fit to compare the iPad Pro with all the previous iPads the Cupertino camp has ever released, and the result speaks for itself:

From the boot-up time to the Geekbench score, the iPad Pro is a mighty tablet when compared to every other tablet from Cupertino. But the big question here is - can the iPad Pro ever replace our laptop? While the device is good for a lot of quick tasks such as checking email and browsing the Web, but when things get serious, and you want to show to your productivity end what's up, then you require a device with more kick in it; a full blown notebook is what we're talking about here. Or even a Surface Pro, as it runs a full fledged OS, unlike iOS on the iPad Pro.

Whether or not the iPad Pro will succeed in its goal of replacing our notebook remains to be seen, but we all can safely declare at this point that Cupertino's larger tablet is the ultimate YouTube and Netflix machine, if you're into that sort of thing. And of course, how can we ever forget gaming, something which we love to do on even on our mobile devices.