Apple skipped the launch date when the iPad Pro was first announced. However, the gigantic 12.9-inch tablet was enlisted for a November launch, irrespective of the actual date. As for now, according to 9to5Mac's report publications, the iPad Pro is just around the corner. The report emphasizes on Apple's plans for an 11th November launch of the iPad Pro.

Considering the report as the finalized date to launch, other accessories like the Smart Keyboard and Apple Pencil are said to go on sale alongside the bigger tablet. The same launch date for the iPad Pro and its accessories definitely makes sense, since both of the accessories are complimentary products.

Let's see some more details on the forthcoming iPad Pro and the utility of its accessories.

iPad Pro To Go On Sale On November 11

Even though the report mentions the launch date of the forthcoming iPad Pro as November 11, it does not show any pre-order period. Usually, the pre-order period starts a mere 4-5 days before Apple's products go on sale, like the Apple TV. If we take this period into account, the pre-order period should start by 6-7th of November. There are also some additional questions about the launch of iPad Pro that needs to be answered. It is unclear at this point, whether the huge iPad Pro will go on sale through Apple's retail stores or will users be opting for it through the company's online store. 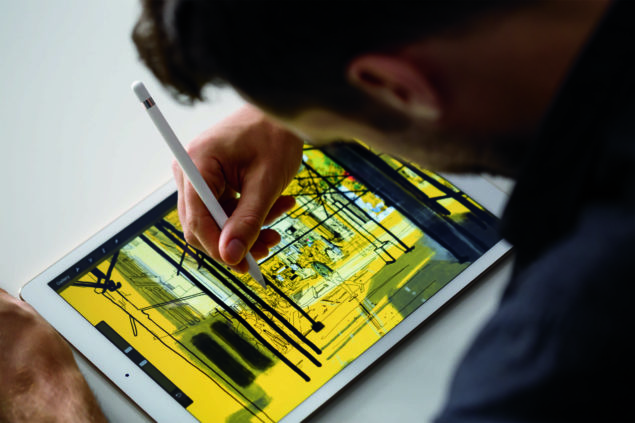 What we know about Apple's accessories so far is that the Smart Keyboard costs at a hefty price of $169 while the Apple Pencil would cost about $99. Recently today, Adobe also updated its Photoshop Mix and Photoshop Fix with support for iPad Pro and Apple Pencil. It could be a sign of the larger iPad Pro nearing in, however, no official news has been heard so far.

As for the iPad Pro, the prices remain the same what were were announced at the event, $799 for the 32GB variant and the 128GB with support for both Wi-Fi and LTE is charged at $1079. Moreover, the LTE variant of the iPad Pro will be available to users through carrier stores by November 11. It is also possible that the LTE variant is sold on another date through carriers. Judging by the past report, the November 6th launch seems to line up as AppleCare staff targets the finalization of the iPad pro training.

However, the official date belongs to Apple and the company will decide when is the best time for the launch. We hope Apple's decisions coincides with the reports. This is it for now, let us know what you feel about the gigantic 12.9-inch iPad Pro in the comments.